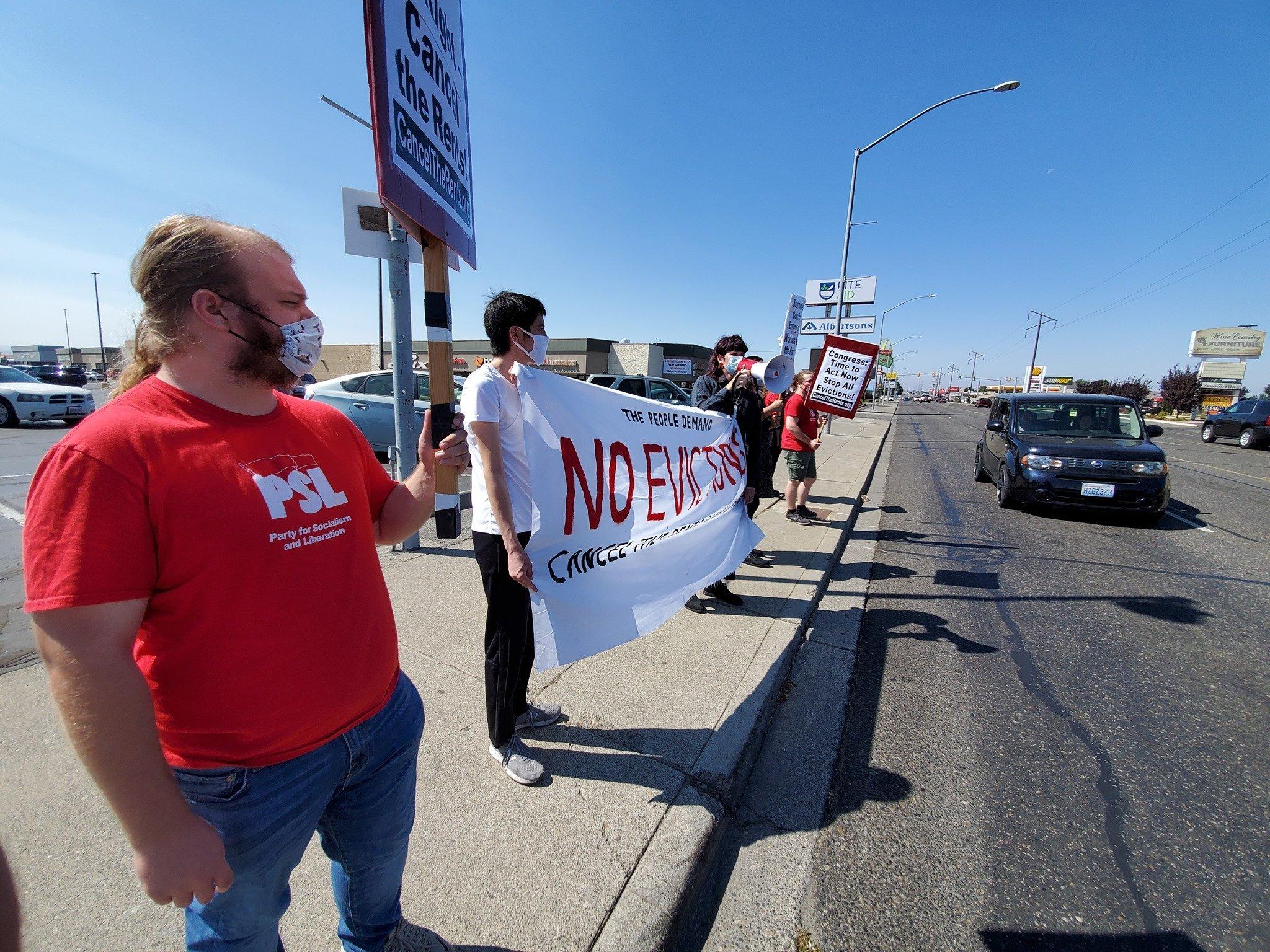 With a patchwork of moratoriums on evictions leaving millions of workers in imminent danger of losing their homes, Emergency Housing Assistance offers many workers a chance to stay housed. In counties across Washington state, millions of dollars have been set aside to help pay rent to avoid evictions.

In Yakima County, $ 28 million has been allocated to rent assistance. The first round of aid, which ran from September 2020 to January 2021, only distributed $ 2.5 million, according to the official website. The current round of funding is expected to end when all funds are spent, or until June 30, 2023, whichever comes first. The program provides up to 12 months of assistance to eligible households, which would ease a heavy burden on the shoulders of many tenants, although funds flow directly to landlords. Unfortunately, the county has made this money extremely difficult to access.

Rather than making application forms directly accessible to residents of Yakima County, the Yakima ERA system relies on five different agencies working primarily independently to manage the review of applications. Only one of these agencies has an online tenant application form. The rest are only accessible by phone or email, or at their physical offices, which means a 4-hour round trip for some residents of Yakima County.

Due to the high demand for help, the five agencies are completely overwhelmed by the number of applicants. Renters can do little more than leave their name and number on a waiting list with one of these agencies, sometimes for up to two months. After it’s accepted, a tenant’s application will ultimately be placed in a lottery pool – then, they have to wait for their name to be drawn. With the federal moratorium on evictions having already ended amid extremely uncertain economic times, many tenants cannot afford to wait weeks or months before receiving financial assistance.

While tenants wait to hear their case, they are still not protected against eviction. Landlords are always willing and able to kick people out of their homes for rent due during the moratorium period. Even before the moratorium ended, landlords were already carrying out regular lockouts and illegal evictions, according to the Yakima County Volunteer Lawyer Services. Despite multiple crises stacking on top of each other – COVID-19, fuel shortages and a very cold winter on the way – building owners are likely to move forward with more evictions in months to come rather than waiting to see if their tenants’ funds are distributed.

Even with a looming rent crisis, Yakima County seems utterly indifferent to fixing the broken system in front of it. Worse yet – the Treasury Department has said that county governments that cannot effectively distribute rent assistance money will have their funds redistributed to counties that can. Without a better fund distribution program, housing assistance will not be available at all to those who need it.

In neighboring Benton and Franklin counties, organizers have spent the last few months going door-to-door in Tri-Cities, Wash., Providing requests for emergency rental assistance , information on tenants’ rights and resources on how to deal with evictions.

â€œIt’s inexcusable. The people of Yakima County have a right to stable housing and the local government has a duty to provide it, â€said Scott Howland, activist and organizer of housing, Benton County.

â€œIt should be made as efficient and accessible as possible to ensure that people who need help get help. Applications should be readily available and not be unnecessarily monitored, â€Howland added. â€œBecause of Yakima County’s aid structure, it has been difficult for those of us doing housing justice work to connect people with the resources they need. It is as if the county does not want the aid money to reach those who need it.

The situation in Yakima County looks increasingly dire. Thousands of people are at risk of losing their homes in the months to come, and little is being done to prevent this. The situation is evolving into a situation in which the working class will have to work in a militant way to resist the evictions and bring relief to the homeless.

Community members are already building strong networks with their neighbors to fight against owner class abuses, such as Yakima Community Aid, which has been organizing self-help for the homeless in Yakima and some surrounding areas for several years. The Selah Alliance for Equality in nearby Selah, Wash., Has also been a major source of community organizing efforts. Such organizations are part of a popular movement to tackle the real problems of workers in Yakima County.

However, there is still work to be done to develop defense programs against evictions. As Scott Howland points out: â€œHousing is a right and a basic necessity. Do not demand less.