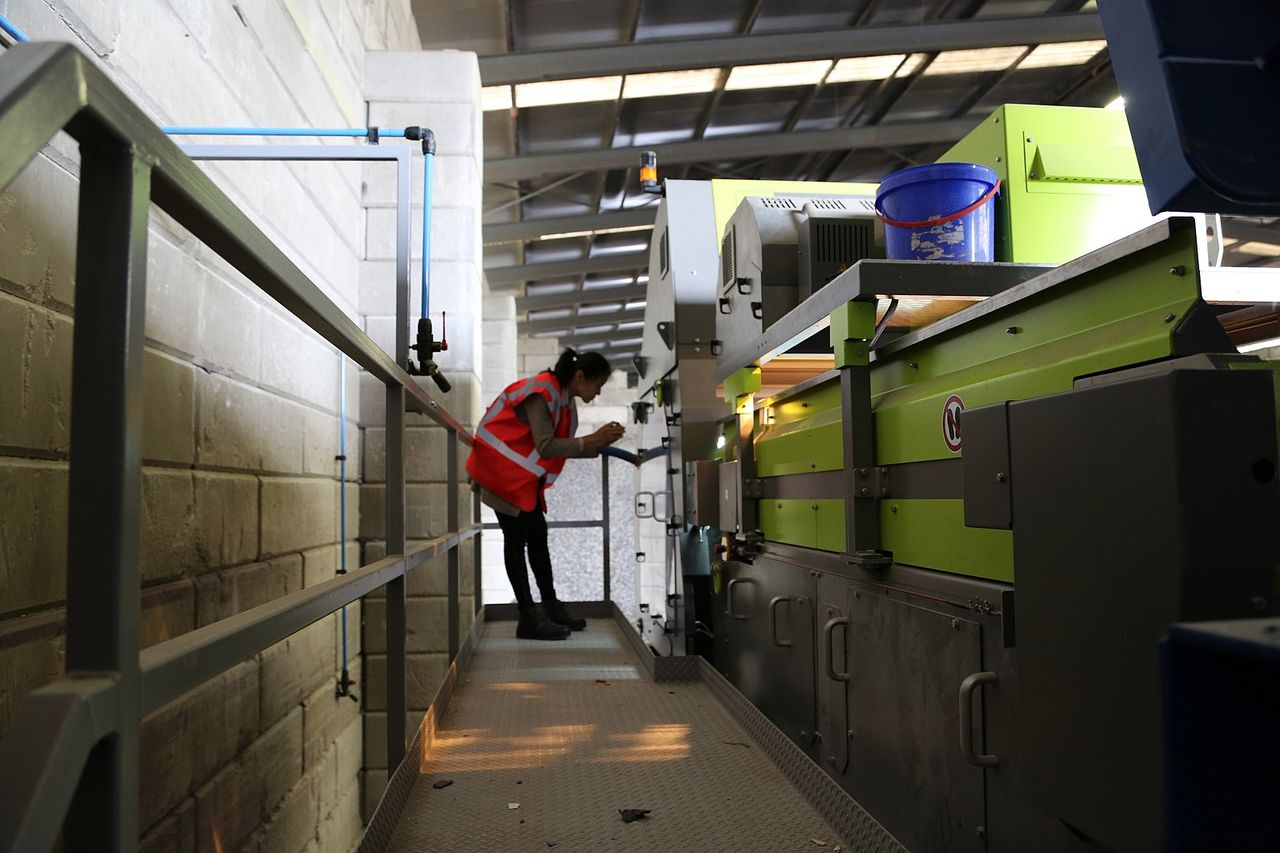 Two months after he disappeared from work, the Spartanburg County Coroner determined that Duncan (Alex) Burrell Gordon died when he fell into the plastic shredder he was working on.

The 20-year-old went missing in the middle of his overnight shift at the Greer, South Carolina Industrial Recycling and Salvage plant on May 5. The man’s father, Mike Gordon, the duty supervisor at the factory when the incident occurred, led the search for his son over the next month.

The machine Gordon was working on was inspected four times in the month after he disappeared. Immediately by his father, then by a representative from the sheriff’s office. Next, sheriff investigators brought in a K-9 cadaver dog that was alerted to human remains under the machine’s treadmill. On June 12, more than a month later, the coroner’s office was called to resume the inquest.

Approximately two ounces of material consisting of human fat and particles of skin and bone were recovered from the machine and later identified by DNA comparison as the remains of Alex Gordon.

Between the time Gordon was reported missing, shortly after his 6 a.m. shift ended, and the arrival of the first investigator, around 30 tonnes of plastic had continued to flow through the shredder.

The exact timeline of the investigations into the tragedy is unclear as the family and Industrial Recycling and Recovery have been given legal notice not to speak publicly about the incident. However, Gordon’s mother noted that his father had filed a missing person report on the afternoon of May 5, and that the first sheriff’s officers arrived at the plant some time after the report was filed.

Although Gordon’s hat was found hanging from a forklift near the shredder and surveillance footage indicates he had not left the scene, operations at the recycling plant appear to have continued unabated. releases for hours after its disappearance.

Alex Gordon is one of a number of workers who have recently died horrific and preventable deaths due to management’s indifference to their health and safety. On June 2, 39-year-old worker Steven Dierkes was killed by “thermal annihilation” at the Caterpillar Mapleton smelter when he slipped and fell into a crucible containing molten metals. Just six months earlier, at the same factory, Scott Adams, 59, died after falling through a hole in the floor that apparently had not been properly covered.

In Hamilton, Ontario, Canada, the third worker in two years died on June 6 at the National Steel Car plant when he was crushed by a railcar bulkhead. Currently, the company is facing charges for the two previous deaths under Ontario’s Occupational Health and Safety Act (OHSA).

In any case, these companies had been cited for numerous safety violations by government agencies tasked with monitoring worker health and safety. In the United States, the Occupational Safety and Health Administration (OSHA) levies paltry fines without further consequences on companies that circumvent safety guidelines that interfere with the continued generation of profits. In the case of industrial recycling and recovery where Alex Gordon was a machine operator, OSHA responded to a complaint in 2018 and cited the company for failing to provide fall protection on the shredder that used it. killed. The company was fined just $500.

In an interview with the Spartanburg Herald-Journal, Gordon’s mother shared that Alex was enrolled in a local technical college after graduating early in hopes of finding a job with Michelin in Spartanburg. When COVID-19 hit and his lessons went online, Gordon pulled out of school and went to work with his dad at the recycling plant.

While Alex has avoided the fate of more than one million American workers and 6,352,910 workers worldwide who have died from COVID-19 since 2020, he is among 6,000 workers who die on the job every day, according to the International Labor Organization.

As the coroner’s office debates whether it can issue a death certificate with only two ounces of his remains as proof of his disappearance, Alex Gordon’s death is a grotesque metaphor for the total availability of the working class in the eyes of of capitalism.

Alex Gordon’s disappearance could have languished in life as a missing person’s case if his father had not doggedly persuaded the authorities to search for clues to his son’s death.

Through their ruthless indifference and negligence, Democrats, Republicans and unions alike have declared the lives of working people to be expendable. Whether it’s the official denial by capitalist governments of the ongoing COVID-19 pandemic, the repeal of laws protecting women’s autonomy over their own bodies, or the promotion of the idea that a nuclear attack can survive, the assault on workers by the ruling elite intensifies.

The workers, however, are stepping up their response. Will Lehman’s campaign for the presidency of the United Auto Workers (UAW) aims to develop a grassroots rebellion of workers against the bureaucratic machinery of the UAW as part of a workers’ counteroffensive across the United States and around the world. In Sri Lanka, workers and youth stormed the presidential palace in Colombo last week and toppled President Gotabhaya Rajapakse and his Prime Minister Ranil Wickremesinghe after enduring months of austerity, shortages and runaway inflation .

Opposition to a system that views human life as expendable while holding private profit sacred necessitates the reorganization of society on a new and higher basis, prioritizing human needs over private profit – that is- that is, the progressive and socialist transformation of society. Workers must break with the old union bureaucracies and capitalist political parties to create rank-and-file committees and immediately begin building a new socialist leadership in the working class.