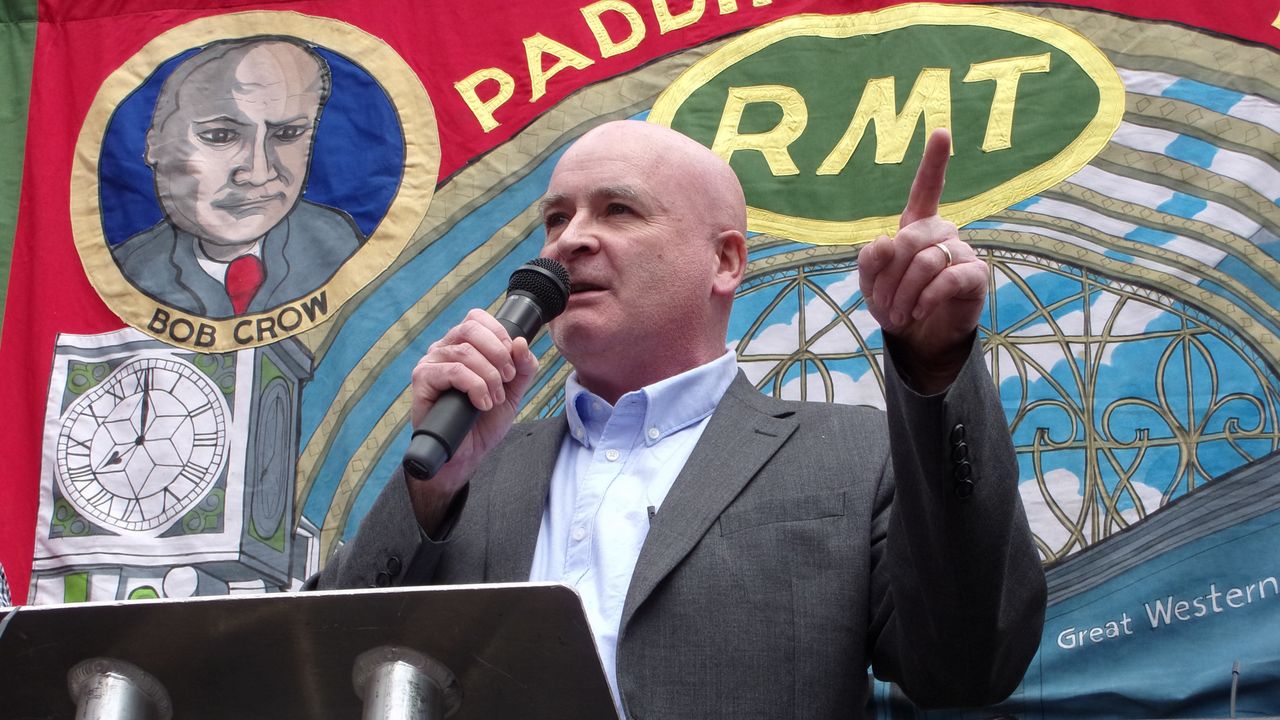 On Saturday, the Rail, Maritime and Transport (RMT) union held a strike rally outside King’s Cross station in London, attended by around 1,000 people.

They praised the RMT for doing more “in the past two weeks” than “any political party has been able to do in decades and decades” and called on workers to “strike together,” joint trading programs in all sectors of the economy”, “rebuild[ing] the UK welfare state”, a “new deal for workers” and “socialism”.

These statements echo the sentiments of millions of workers who see the railroad strike as the beginning of a long overdue fightback against the Johnson government and the employers. But it is necessary to cut through this rhetoric to understand the real role played by the union bureaucracy in the ongoing struggles.

Union leaders were talking about reversing a socio-economic disaster for which they are responsible. They and their predecessors divided, deceived and demobilized working people for decades, leading to an unprecedented collapse in the social position of the working class. A wave of opposition is now forcing these pro-corporate bureaucrats into radical demagoguery, but their political function has not changed one iota.

This was starkly confirmed by the rally’s closing speech by RMT General Secretary Mick Lynch.

Over the past few weeks, Lynch has gained a significant following among workers as someone leading a popular strike and capable of making even the most foaming right-wing pundits look as stupid as they are. Particularly effective are its repeated references to the desperate cost of living crisis facing its members and the working class as a whole. His criticism of Labor leader Sir Keir Starmer’s opposition to the railway strike resonated widely.

Lynch’s speech at the rally again won warm support, successfully concealing the fact that he again called only for “no mandatory layoffs” and “a salary increase commensurate with the cost crisis. of life” as the only and “simple” RMT. demands: “Give it to us and there will be no strike during the summer.”

What the RMT wants are negotiated redundancies and a maximum salary increase of 7%, already more than 4 points below the rate of inflation, in exchange for a promise of no strike.

Lynch’s most extraordinary comments, however, concerned the Labor Party. He managed to stun his audience into silence with what he called a “message to people in our movement, Keir Starmer and others”.

Starmer, Lynch said, “is hesitant…but I want him to be prime minister. That’s what we have. He must win. We have to push him and persuade him to put himself in a position where he is front and center with you, all of you.

The shock generated is understandable. Starmer didn’t hesitate at all; he places himself at the forefront of the opponents of the rail strike. This week he took the unprecedented step, which Tony Blair would have balked at, to ban Labor MPs from visiting picket lines. He is now deciding how to punish the very few people, around 25, who refused.

Lynch’s decision to back Starmer as all “we have” and the leader of a future Labor government is intended to keep the working class under the thumb of a viciously right-wing party.

This was underlined by Diane Abbott, home secretary to former Labor leader Jeremy Corbyn, who told the rally: ‘I have to say I don’t understand this argument that Labor MPs shouldn’t be on the RMT picket lines”.

There are no arguments. A diktat has been issued, like the one issued by Starmer in February demanding “unwavering support” for NATO by Labor MPs, on pain of expulsion. On that basis alone, there is no chance that Abbott’s close friend and political ally Corbyn will ever be readmitted to the Parliamentary Labor Party. But that didn’t stop her from declaring, “No one wants to attack NATO” and “I’m a loyal supporter of Keir Starmer.”

Abbott says she “doesn’t understand” what Starmer is doing is excusing the “Labour Left” for refusing to fight the right wing.

Corbyn’s former shadow chancellor John McDonnell was hiding at the back of the RMT rally. He did not speak from the platform but echoed Lynch in telling the media: ‘I say to Keir Starmer and other Labor MPs as well, do the right thing…Follow your conscience, so for me, it means Labor MPs are picketing lines and it also includes Keir Starmer coming out of the fence, supporting the workers because they are not asking for the world.

Starmer kicked thousands of left-wing Labor members out of the party on trumped up charges. He’s not sitting on the fence; he throws bombs at it.

Shadow Justice Minister David Lammy gave his own response to such calls for bankruptcy on the BBC. Sunday morning To display. Slamming British Airways workers at Heathrow planning to strike for reimbursement of the 10% of their wages cut during the pandemic, he said: “Many of us might want a 10% raise. In truth, most people understand that you are unlikely to get this. When asked if he supported the strikers, he replied: “No, I don’t. It’s a no. It’s a definite no” because “I’m serious about the business of being in government.”

Lynch and the RMT share the same concerns as Abbott and McDonnell. Last week, the general secretary of train drivers’ union Aslef, Mick Whelan, warned that Starmer’s actions “could end the party”. All the ‘Starmer, do the right thing’ demands are a desperate attempt to tie workers to the Labor Party in the face of its total discredit.

Maintaining Labour’s political stranglehold goes hand in hand with the union policing of the class struggle.

Amid talk of the “summer of discontent,” Lynch tellingly called for a “bubbling summer,” meaning one that doesn’t overflow. The RMT continues to call on the government to “unleash” the rail employers so that a negotiated agreement can be reached. No new strike date has yet been announced. In fact, as of today, there are no major strikes taking place in the UK.

Crumlin’s International Transport Workers’ Federation has done nothing to mobilize any of its 20 million members, instead writing to Transport Secretary Grant Shapps warning that the railway strikes will ‘risk’ the ‘international reputation of the UK on industrial relations” and urging talks with the RMT.

Millions of workers want a fight against austerity, creeping profit, exploitation, job losses and the Johnson government. Workers can do this by pushing for an immediate continuation and extension of the rail strike and immediate ballots for action in all other sectors.

It will necessarily be a political struggle. Workers will face the full force of the state, wielded by the Conservatives and their Labor Party partners, in the same way as the miners’ strike of 1984-85, and must be prepared to defeat it.

They will be fought by the entire union bureaucracy. New rank-and-file organizations must be built in every workplace and in every industry to defeat all efforts of repression and sabotage, unite all struggling workers, and mobilize a general strike to bring down the Tories.

GT Voice: China’s manufacturing modernization will not be contained by US restrictions