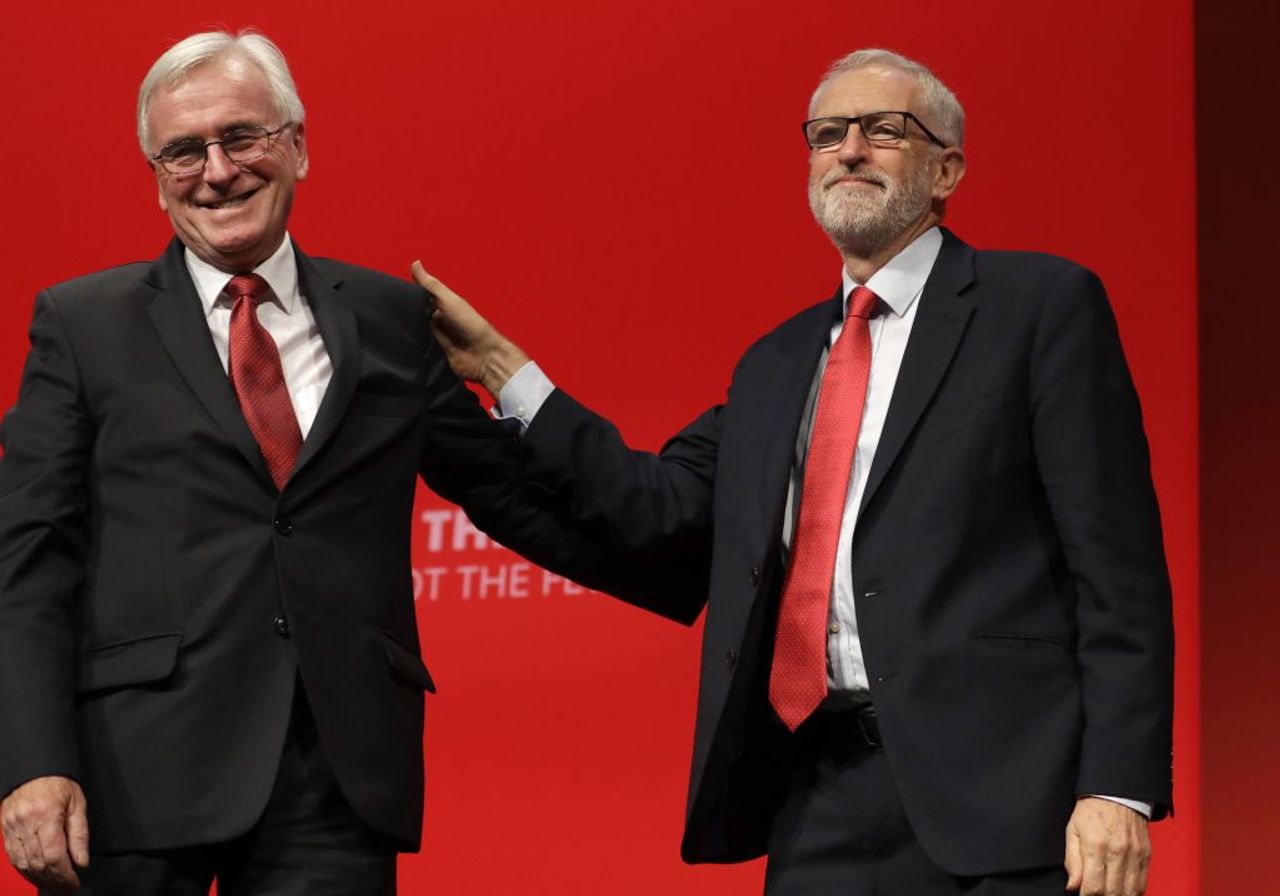 UK: RMT officials offer surrender to Tories on eve of nationwide railway strikes as Corbyn and McDonnell give their blessing

Rail, Maritime and Transport (RMT) union general secretary Mick Lynch called for direct talks with the Tory government on June 15, in a letter of entreaty to Transport Secretary Grant Shapps . Had Shapps agreed, there is no doubt the strikes scheduled for next week would have been called off as the RMT negotiated a rotten betrayal.

The letter was released to coincide with a debate in parliament later in the day. He called for an “urgent meeting” with Shapps and Chancellor Rishi Sunak “without any preconditions” to avert a three-day strike on Tuesday, Thursday and Saturday by workers at infrastructure firm Network Rail and 13 utility companies. railway operation.

Lynch added that through his participation in the Rail Industry Recovery Group (RIRG) with the employers, “Indeed, for the last few weeks the union has been negotiating with the government, but the government has not been in the room.”

The RMT’s demand for talks “without preconditions” amounts to a capitulation. Its aim is to provide maximum leeway, allowing the government to offer symbolic concessions, such as a deal without mandatory layoffs and new wage negotiations, which would allow the union to suspend strikes.

The letter follows Lynch’s earlier response to Shapps’ June 13 threat to enact legislation allowing agency workers to be used as scabs. Lynch insisted the government must “release the railroad companies so they can come to a negotiated settlement that can end this dispute.”

The only thing that has so far prevented an RMT betrayal is that the Tories have rejected the union’s pleas. The RMT does not want to fight, while the Johnson government wants to attack the railway workers, just as Thatcher attacked the miners, using his victory as a battering ram against the entire working class.

In 1984-85 the miners were defeated due to the isolation of their dispute by the Trades Union Congress (TUC) and the Labor Party. Today, Johnson and Shapps know that Lynch and company are opposed to any outright mobilization to defeat the government’s privatization program of Great British Railways and will do nothing that threatens to bring down the government.

The same goes for former Labor leader Jeremy Corbyn and his dwindling band of ‘left’ Labor MPs whom the RMT promoted as allies of railway workers in their fight against the Tories. On the contrary, Corbyn and his shadow ex-Chancellor John McDonnel stooped lower than Lynch in seeking to end planned strikes. The RMT’s call for negotiation was a lifeline, allowing it to assume its natural role as a peacemaker and opponent of the class struggle.

During the debate in parliament, Labor’s benches were largely deserted as many, including Labor leader Sir Keir Starmer, absented themselves.

Considering their head, the Corbynites behaved ignobly. Corbyn himself didn’t even mention the strike, speaking only vaguely of “the anger many people who work in the railroad industry feel…to be told to basically take a pay cut and do facing mandatory layoffs at a time when billions have been poured into the railroad operating companies…”

McDonnell’s statements were more expansive and damning. Noting Lynch’s call for a meeting “without any preconditions,” he appealed to Shapps: “We are trying to resolve this matter. Will he immediately respond to Mick Lynch, positively, that he is going to meet the union now?

Such negotiations, he argued, were in the interest of the government, citing the RMT’s willingness to agree to a sale. The “first demand of the RMT is that there are no compulsory dismissals – compulsory is the watchword. There has never been a time when the RMT has not negotiated job cuts, but there has always been a principle that they should not be mandatory. I remember Bob Crow never lost a dispute, and neither did Mick Lynch, because they are sensitive to the nature of the disputes they get into.

Tory Huw Merriman interrupted to say he was convinced by McDonnell, “which makes a very good point. It may well be that in exchange for a bit of a step back and saying “Okay, we’ll sit down with you and then no strike”, that the RMT needs to hear that there will be no no need for forced layoffs, because the way the workforce works, voluntary quits should probably be accepted anyway and then that might be the natural progression.

This is precisely the function of voluntary departures, as the Conservatives have said The telegraph of the day bragged on Tuesday. Via a Freedom of Information (FOI) request, he reported that more than 2,949 requests for manager dismissals were received last autumn from rail operating companies and a further 2,159 from Network Rail. Andrew Haines, Chief Executive of Network Rail, concluded: “We know there is a huge latent demand within Network Rail for people to go and go…and that could be unlocked by the unions.

McDonnell was enthusiastic about Merriman’s support, becoming lyrical about his own role and that of the unions in the betrayal of the working class. “The MP. Gentleman knows what these negotiations are like,” McDonnell said. the key question is simply to walk through that door. Once we walk through that door and are face to face to begin these negotiations, anything can happen.

He warned that the Conservatives were preventing the union bureaucracy from controlling their members. “I’ve spoken at various union conferences – I was at Unison yesterday and everything – and there’s been concern that we’re going back to the 1980s, and I saw what happened in the 1980s. My My friend, the MP for Wansbeck (Ian Lavery), who is here, was an active miner at the time, and I was a member of the [National Union of Mineworkers] the head office.

“What happened then was that there was a will from the government to somehow attack the trade union movement, and we were described as ‘the enemy within’ . If anyone thinks it is politically to their advantage to start taking the RMT as their internal enemy in this situation, they are seriously mistaken, because it is not just the RMT.

At union conferences, Tory threats of ‘minimum services, no overtime and everything else’ were ‘inflammatory when we try to get a negotiated settlement’.

The Conservatives could bring about something no union leader wanted, a general upsurge of the working class. “Unite has 100 conflicts going on right now. The Unison General Secretary for the first time—I’ve never heard this before—says to Unison members, ‘Go back to your sections and get ready for the fight.’ action. The SCP [civil servants union] is also in dispute… I just think Tory MPs should know that now is not the time to bawl speeches; it is a time for reflection and an element of responsibility to introduce into this debate.

McDonnell’s message to the Tories was: “Talk to the RMT. Prevent a strike or you risk opening the floodgates! Unfortunately for him, the Conservatives did not want it. The following day, Shapps gave an inflammatory speech at a rail depot in Hornsey, north London, warning that railway workers could “retire from a job”. The government would change the law this summer to allow agency workers to break strikes, close 1,000 counters and make Sunday work compulsory. He would not negotiate with the RMT because “it would call into question the position of employers…”

The working class is on a collision course with the Conservative government. To win, workers must ensure their fight is not sabotaged by union bureaucrats. Powerful grassroots organizations must be built, controlled by the workers themselves, which can unite the emerging strikes feared by McDonnell and company and bring down the hated Johnson government. We urge railway workers to read the Socialist Equality Party’s statement, “The British Railways Strike: Mobilize the entire working class against the Johnson government!”