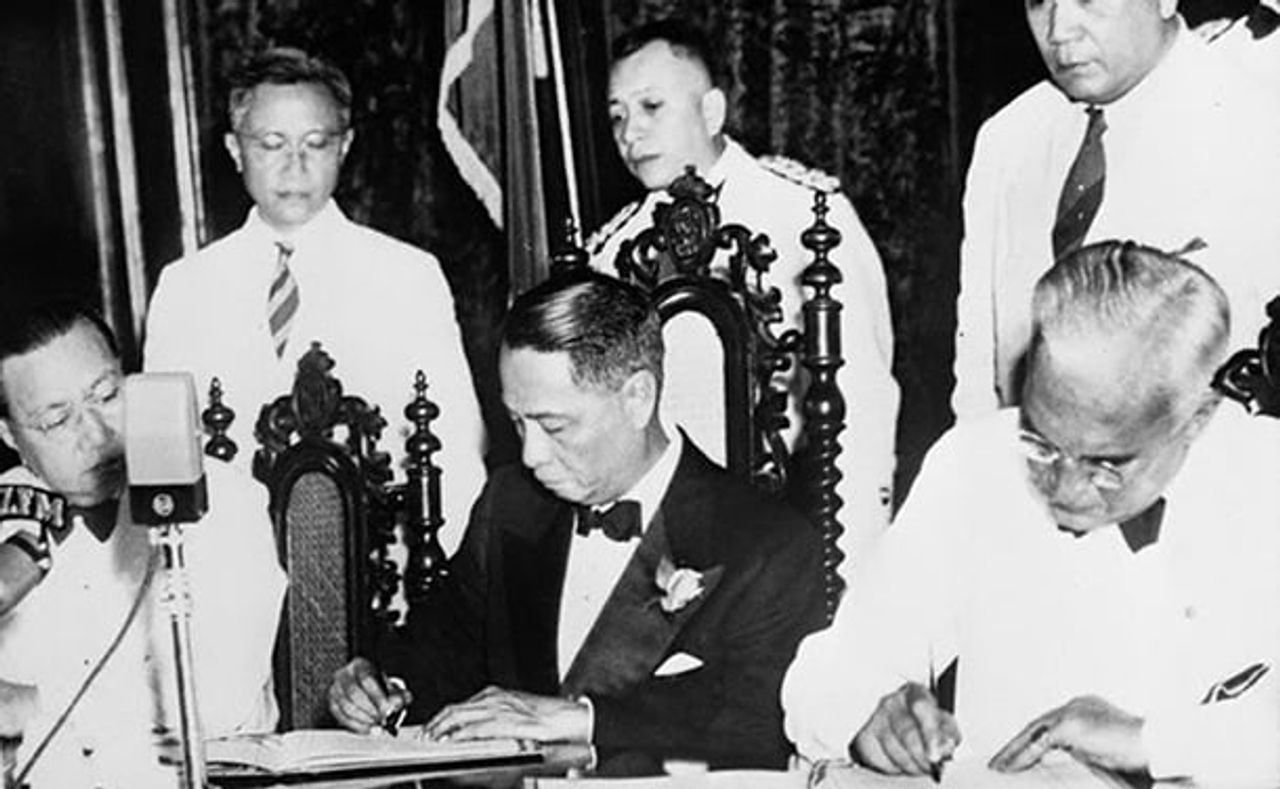 On March 16, 1997, more than 100,000 workers from Belgium and across Europe descended on the capital Brussels to protest against mass layoffs and the destruction of social conditions.

The Belgian protests were part of a wave of working-class protest that swept across the continent. Across Western Europe, workers faced mass unemployment, the destruction of social gains accumulated over generations, and the imposition of draconian economic programs. In Eastern Europe, after a period of shock and confusion over the social catastrophe unleashed by the reintroduction of the capitalist free market, workers began to assert their class interests.

In Russia, March 27 saw the largest demonstrations by the working class since the Stalinist bureaucracy liquidated the Soviet Union in 1991, with millions of workers going on strike and demonstrating. In Germany, angry coal miners occupied the capital of Bonn for three days to protest against government plans to cut subsidies to the mining industry and cut thousands of jobs. In France, tens of thousands of interns and residents hit hospitals and staged demonstrations in the last week of March to protest against a health spending freeze. In Italy, more than 300,000 workers have joined protests against the centre-left government of Romano Prodi, demanding an end to attacks on social benefits.

Spontaneous actions in defense of jobs and living conditions have provoked crises within several European governments and raised concern in ruling circles across the continent about the potential for social discontent and working class struggles that spill over national borders.

The Belgian protest, in particular, suggested a growing international awareness among European workers. It came in response to French carmaker Renault’s decision to close its Vilvoorde factory, throwing 3,100 workers out of work. Following the Belgian factory’s announcement, it was revealed that the automaker also plans to cut the jobs of 3,700 other workers at factories across France. An estimated 3,000 additional jobs were at stake in the spare parts companies that supplied the Belgian factory.

The day after Renault announced plans to cut its French workforce, Belgian workers gathered and voted unanimously to march to the Renault factory across the French border to appeal directly to French workers. The official unions, the CGT and the CFDT, made no call for a strike, but in response to the call, hundreds of French workers left the demonstration to join the demonstration of their Belgian counterparts and representatives of the European Federation of Engineering Workers called its first ever Europe -wide warning strike. The actions then developed far beyond what had been initially foreseen by the union bureaucracy. Workers also descended on Paris from all over Europe to demonstrate outside the company’s headquarters.

On March 20, 1972, a strike by Spanish shipbuilders working at the El Ferrol naval base ended in defeat after degenerating into street fights between workers and Francoist police during the previous week.

The strike was called by the local organization of Workers’ Commissions ( Obrera Commissions ) in Ferrol, an important port in the northwest of Spain. Workers’ commissions and all independent working class organizations were illegal in Franco’s Spain, with the fascist-controlled Vertical Union being the only legal union. Despite their illegality, Ferrol’s Workers’ Commission enjoyed massive support among the ship’s 4,000 workers. The strike was called after the Vertical Union tried to impose a new contractual agreement without a vote. On March 9, the workers’ commission held a meeting in which workers voted to reject the agreement and authorize a strike.

The following day, the site management dismissed and locked out several leaders of the Workers’ Commission. A worker, Ramiro Romero, was assaulted by security guards after he refused to sign a penalty notice accepting his dismissal. In response, workers occupied the shipyard and formed barricades to prevent security thugs from entering. On the afternoon of March 10, police were deployed to break the strike. They beat the workers and threatened to kill them with guns and machine guns. The workers fought back and defended their barricades armed only with stones and iron bars from the yards. During the initial fighting, the police killed two workers: Rey Rodriguez, a 38-year-old father of four, and a young worker, Daniel Niebala. Hundreds more would be injured and arrested. The town of El Ferrol was placed under full police control. Police blocked several major roads and bridges to shipyards and cut phone lines to keep support workers isolated.

In Franco’s Spain, workers’ struggles, however militant, immediately clashed with the power of the state. Cut off from revolutionary traditions by the weakness of their own organizations, and physically cut off by the Franco regime from the general population, the workers ended the strike on March 20. There was never an official investigation into the events, and no one was ever held responsible for the murders of Rodriguez and Niebala.

75 years ago: US secures 99-year leases on military bases in the Philippines

On March 14, 1947, Philippine President Manuel Roxas officially signed an agreement granting the United States 99-year leases on military bases in the country. The neocolonial provisions of the agreement, which effectively gave the United States control over strategic sections of the archipelago, underscored the fictitious nature of Washington’s decision to grant formal independence in 1946.

Among more than a dozen facilities, the deal gave the United States full control of Clark Air Base in Luzon, the country’s main military airfield. He planned its expansion to 130 acres. The deal also gave the U.S. naval base Subic to Zambales. It would become the country’s largest naval facility, with an area of ​​262 square miles, roughly the size of Singapore.

All future Philippine governments also swore “to enter into negotiations with the United States, at the latter’s request, to allow the United States to expand these bases, to exchange these bases for other bases, acquire additional bases or relinquish rights to bases”. , as each of these requirements may be required by military necessity.

The deal gave the United States extraordinarily broad rights to areas surrounding bases under its control, potentially extending to entire villages and even towns. The United States could use “all public facilities” in the country, including roads, waterways, infrastructure and virtually everything else, “under terms no less favorable than may apply from time to time. to the military forces of the Philippines.”

The Philippines was also forced to join any US war at Washington’s behest, a provision intended to ensure the country would function as a key US outpost throughout Southeast Asia.

With the Japanese defeat in World War II, the United States had moved quickly to restore control of the Philippines. The archipelago had been among the first neo-colonial possessions of US imperialism, seized in the Spanish-American War of 1898 and pacified only after a brutal counter-insurgency war that killed hundreds of thousands of Filipinos.

The United States had signed a secret agreement in 1946 with Roxas’ predecessor, Sergio Osmeña, for the agreement on future military bases. Shortly after, he authorized the holding of the first national elections and granted “independence”. As the Truman administration presented this as a democratic and magnanimous step, the US Congress passed a resolution demanding that the US President may “retain, acquire and retain ‘all bases in the Philippines,’ by such means as he sees fit. “.

On March 16, 1922, British Colonial Police in Nairobi, Kenya fired into a crowd and killed at least 30 unarmed protesters. Demonstrators had gathered to protest against the arrest and detention of nationalist leader Harry Thuku, president of the East African Association (EAA).

Thuku had written a petition to the British authorities on behalf of the EAA against the taxation, land theft and forced labor of African workers and peasants by the colonial government, which was dominated by a small number of white settlers. In response to the petition, British authorities arrested Thuku and imprisoned him on March 14.

Thousands of Africans gathered at the police station where Thuku was held to protest the arrest on March 15 and again the following day. The second protest was led by Mary Muthoni Nyanjiru.

After a delegation of men returned from a meeting with Sir Charles Bowring, the Colonial Secretary, and told protesters that Thuku would be heard, the men in the crowd began to disperse. But Nyanjiru allegedly shouted, “You take my dress and give me your pants. You are cowards. What are you waiting for? Our leader is in there. Let’s go get him.” She then led a group of women to tear down a corrugated aluminum barrier that surrounded the police compound. Nyanjiru was shot by either police or white settlers who also fired into the crowd.

Thuku was exiled without trial by the colonial regime to Kismayo in present-day Somalia. He was not allowed to return to Kenya until 1931.