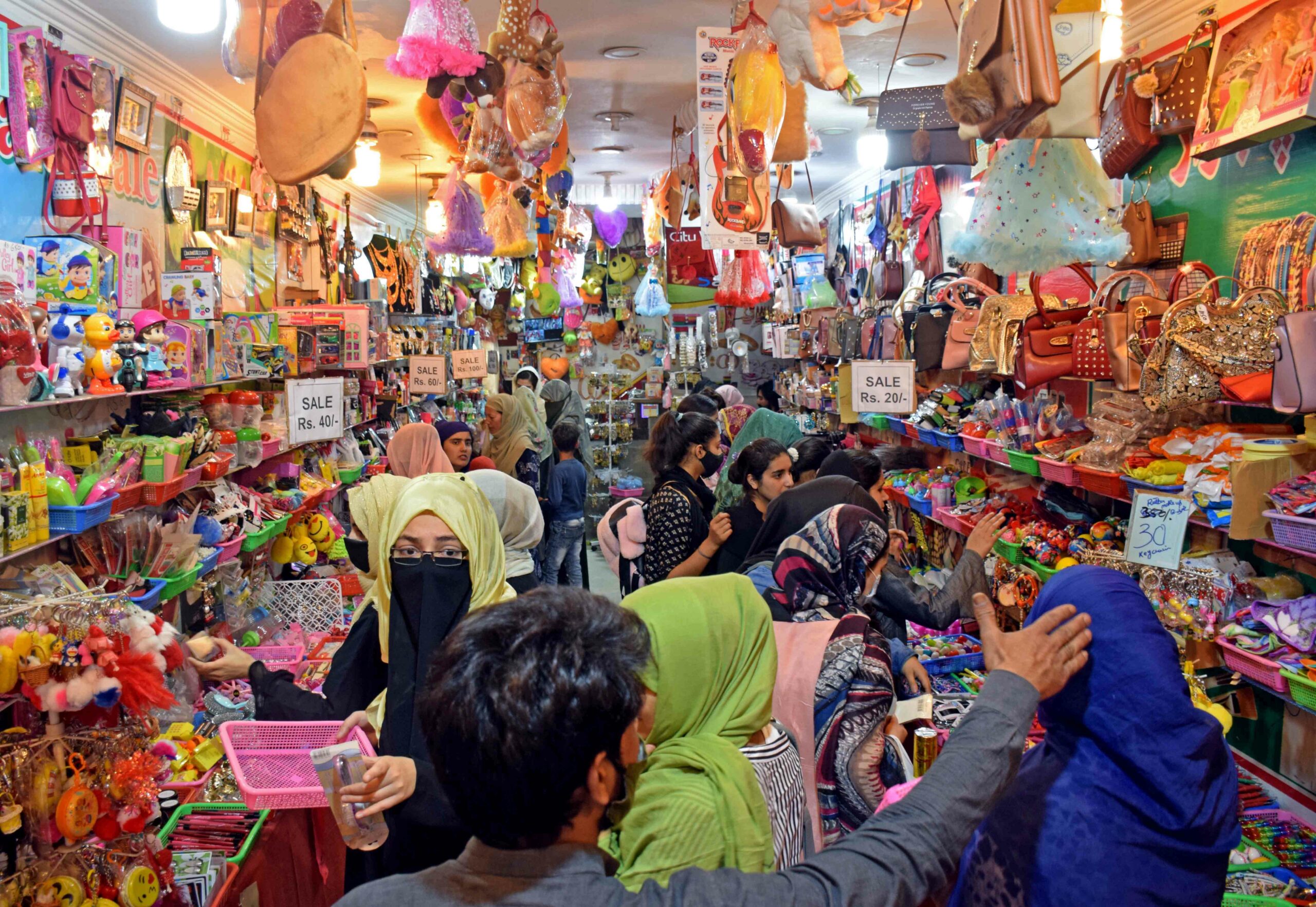 The Eid Crisis | Life in Kashmir

Eid in Kashmir, like the rest of the world, is not just a matter of faith. It’s also a roaring business. For either reason, the last four Eid festivals, starting in 2019, have been severely impacted in Kashmir. The continuing recession in the Kashmir markets details the costs. As customer capacity is compromised, market viability has taken a hit.

â€œThe drop in the purchasing power of customers is due to two factors – inflation and the pandemic,â€ said Mohammad Yasin Khan, president of the Kashmir Traders and Manufacturers Federation. â€œOver the past 5 years, the region’s economy has been in decline, resulting in a 60-70% drop in activity. “

Weak sales resulted in capital being locked in inventory and triggered a cycle of deficit, both for working capital and to stay up to date with market trends. Khan admits: â€œThe trade is skeptical about whether to buy new stock for clients or not. There is a visible lack of product choice.

For generations, the demand for sacrificial animals has remained the barometer of the health of the market. In Srinagar, it is the Eidgah that turns into a market for live cattle.

One of the vendors is Naik Muhammad Aziz from Bikaner in Rajasthan. Naik is one of 11 animal sellers from various Indian plains sheep farming destinations, who moved with their well-behaved lambs to Srinagar, before Eid. But the experience was disappointing as current market conditions show a lack of demand.

“This sacrificial procedure is written by Allah, and whatever Allah has written about our fate, we will have it,” Naik said, insisting that some of his friends suggested that he try “your luck in Kashmir. this time”.

Even the local vendors are not doing very well. Farooq Ahmad Maam from Nawakadal sits idly under a plastic roof, keeping an eye on his herd and awaiting the arrival of customers. â€œThe market is completely down because there are hardly any customers,â€ Farooq said. â€œTwo years ago, there was no place to set foot on Eidgah’s ground. “

Farooq is the third generation of sacrificial animal sellers. He obtains animals from Madwa-Wadwan and other sheep farming areas. He has many cases comparable to the crisis he is currently experiencing. “It appears that a curfew has been imposed on the market,” he said.

As if the market was doing well, the government of Jammu and Kashmir came up with an ordinance prohibiting people from “illegally” killing cows, calves and animals. Although internal communication between different government departments was leaked and there was no formal order, tensions began to mount. The clergy have reacted and people who have already made purchases are strained. It is too early to see how this will play out.

The crisis exists beyond Eidgah. But there are class issues involved. Establishments serving high-end customers have sailed smoothly.

Shahid Bashir, who runs the clothing center, Lady Hut at Alamgari Bazar, said they are doing better and staying in tune with mainstream trends. Part of the success he credits to “social media marketing” helping him stay in touch with his buyers even when foreclosure is imminent. He stays in touch via Instagram.

Parvez Wani of the Leatherways shoe chain in Lalchowk also admitted that they regularly replenish their stocks. â€œBut I can’t deny the fact that the market is down 50% since 2019,â€ he said.

The purchasing power of people is very low and the result is that they try to save as much as possible and only spend what is necessary. Inflation has added to the mess as moderate income families have to strictly enforce budgeting.

Some traders have said they take the situation into account every time they need to make an investment. “We keep in mind that almost a quarter a year will go to closure and curfews,” said one of the owners of a 30-year-old clothing showroom in Nowhatta, insisting for families to save for weddings. The location where they operate has been a barometer of the situation for decades. â€œOil prices have taken their toll and even clothing materials are affected. The other factor is the dye conflict between India and China and it has contributed to the market recession. “

Not far from this clothing store is the Jamia Market, a commoners’ market for ages. Historically it has remained dependent on the influx of worshipers into the historic mosque, but for months the Jamia remained locked up.

â€œThe traders have not brought in any new stock and are finishing the old ones because there is a constant fear in Jamia that this place will be closed anytime, anytime,â€ Abrar Khan, who deals with women’s clothing on the market, mentioned. “Whether there is a foreclosure, strikes or stone hits, Jamia’s market is the first to take a hit.”

“I take care of cosmetics and sometimes I don’t even know when the products are out of date,” Kaiser Yousuf, who runs a boutique for women only. â€œIn my career as a trader, it happened for the first time that our products passed the expiration date on the shelves. Part of the blame goes to the projection of Jamia-Nowhatta markets as a â€œflashpointâ€ forcing customers to shop in â€œsaferâ€ markets.

Over the years, Kashmir has become a major destination for online shopping. E-commerce insiders said the industry employs more than 2,000 people – most of them delivery agents in Srinagar alone.

“Every day, nearly 12,000 packages are delivered, mainly to Srinagar and the leader is Amazon followed by Flipkart and e-commerce,” said an insider, speaking on condition of anonymity. “It could be worth between Rs 1.6 and Rs 2 crore, per day.”

Now these e-commerce companies are leaving Srinagar. â€œIn the city of Srinagar, around 1% of the population is shopping online and the trend is on the rise,â€ the insider said. â€œWith additional locations added to delivery destinations, this will increase. “

This situation makes retailing completely unsustainable. Unlike the internet, retailers have to invest in space, management and working capital and after that it will always be expensive to sell compared to the internet. “It’s the economy of scale at work that scares retailers,” said one retailer. “Some traders in Jamia Market are slowly selling their stores and moving to other locations to earn money.”

As commerce grapples with all of these threats, the Covid19 pandemic is the new headache. â€œIt works both ways,â€ said one trader. â€œWhen it peaks, we stay home with businesses locked down. When it ebbs, the authorities invoke the SOPs and take part of the gains as a sanction. “

Police in Jammu and Kashmir have so far fined over Rs 3.10 crore over 200,000 people in Kashmir alone. This is in addition to official police cases and arrests. Part of this is supported by businesses across Kashmir.

Resident of Safa Kadal, Bilal Ahmed Sofi worked in the touring and travel industry and operated from Karol Bagh in Delhi. As the pandemic reached its peak, he was heading home. As his income dried up he switched to retail. â€œWe would work with foreigners but the pandemic has decimated this business,â€ Sofi said.

Today, he runs a boutique of bags and accessories for women in the Jamia market. Although new to the industry, he is unimpressed with his work, the market and market conditions. For three years, the situation has been the same, he said.

(Tahir Bhat contributed to this report.)