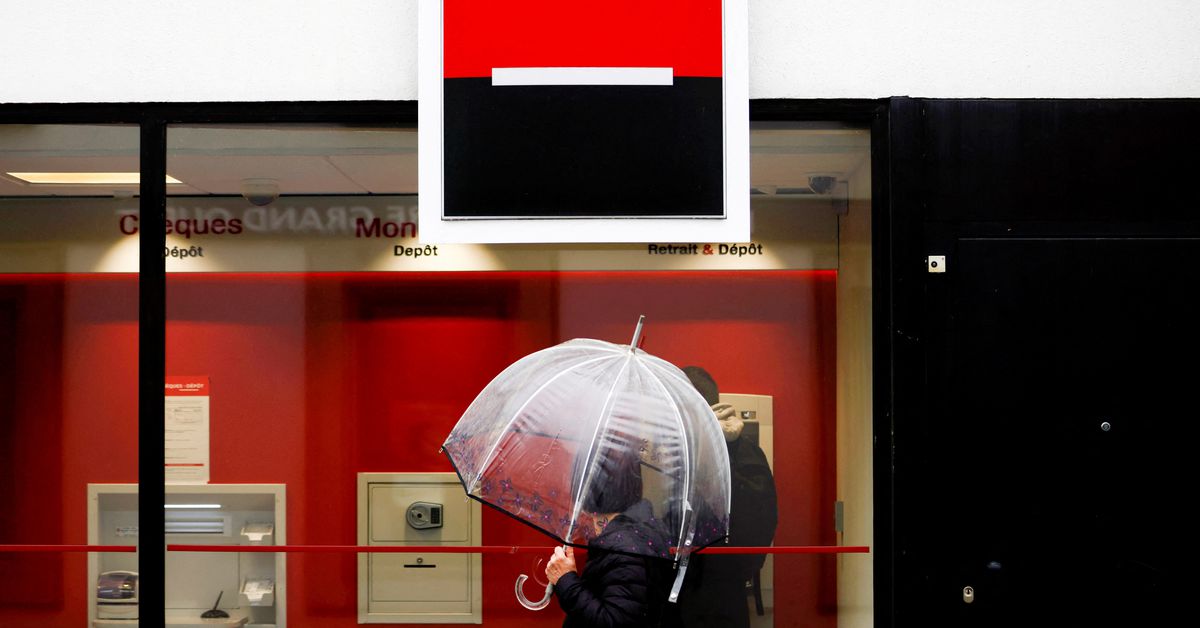 A person holds an umbrella as the logo of French bank Societe Generale is seen outside a bank building in Saint-Sebastien-sur-Loire near Nantes, France, May 4, 2021. REUTERS/Stephane Mahe/ File Photo

The French bank, which has given no update on its current efforts to find a new chief executive, said on Wednesday it posted a loss of 1.48 billion euros ($1.51 billion), as analysts on average expected a loss of more than 2 billion euros. .

French and international distribution recorded an increase in net banking income of 8.5% to 2.26 billion euros and 12.7% to 1.27 billion respectively.

In May, Societe Generale completed the sale of its Russian business Rosbank (ROSB.MM) to the Interros group, a company linked to Russian oligarch Vladimir Potanin.

In the same month, Frederic Oudea took investors by surprise when he announced he would step down as CEO next year after leading the lender for 15 years.