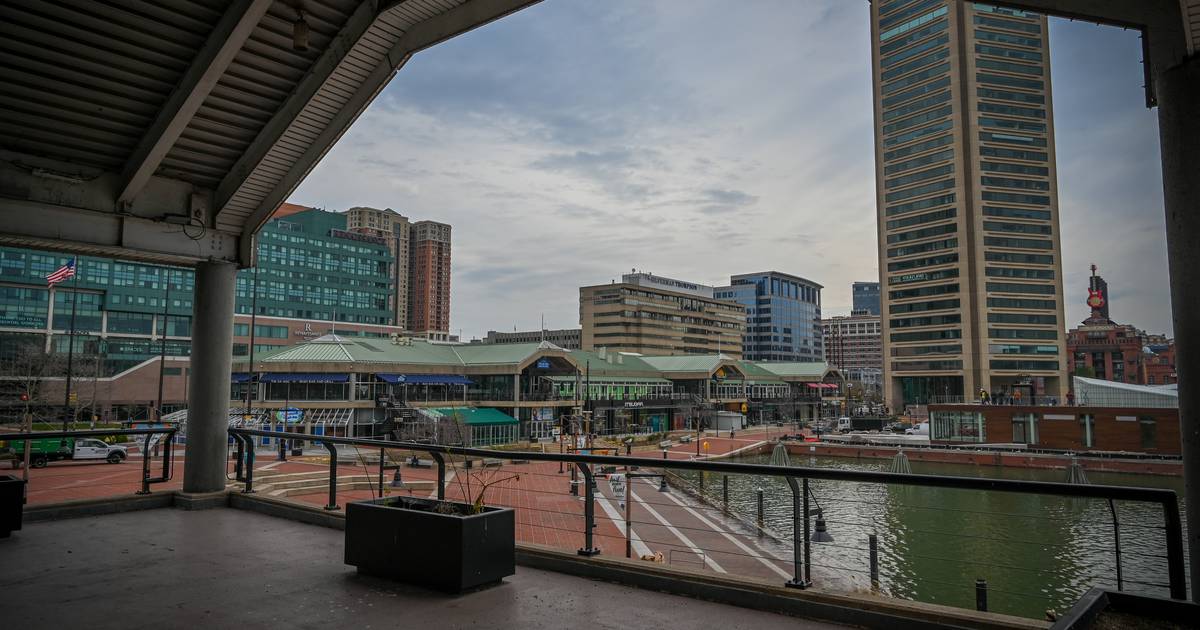 The announced acquisition of Harborplace by Baltimore developer P. David Bramble and MCB Real Estate might be the best news heard in downtown Baltimore in years (a concert performed in June by a certain former member of the Beatles notwithstanding). The twin pavilions have been so dull and faded, so many shadows of themselves for so long, it’s easy to forget what Harborplace once meant to this town.

Millennials and younger, here’s a hint: in the age of the United States’ bicentennial celebration, what was once a trading port and warehouse gradually transformed into a gleaming tourism mecca, ground zero for the renaissance. from Baltimore. People came from far and wide to shop, walk the boardwalk, visit attractions like the Maryland Science Center, National Aquarium, Rash Field and Port Discovery Children’s Museum, to see and be seen. Baltimore captured national attention. There was a certain pride in this product of James Rouse’s civic leadership and transformative vision.

And then came the negligence. Then came the evolution of public tastes. Then came a better understanding of the urgent need for Baltimore to devote more public resources to its most neglected neighborhoods and perhaps less to what some saw as a playground for wealthy white commuters. Add to that indifferent ownership, the rise of internet commerce that has emptied brick-and-mortar malls and regional malls, the COVID-19 pandemic, and an epidemic of violent crime that, while barely centered on the Inner Harbor, didn’t spare it either, and what once looked like the Baltimore diamond soon looked like a cubic zirconia.

Baltimore can do better. And in Mr. Bramble, a Baltimore native who sees Harborplace as the “front door” of the city and insists that Baltimore has “10 times” more opportunities than problems, we seem to have the perfect candidate to lead this reinvention. He already speaks not of a renovation, but of a “reinvention” of the area with a considerable contribution from the community. We believe he is absolutely right. Gone are the days of expecting indoor malls, even those with food courts and rides, to do all the heavy lifting. So is the idea that such ambitions are best left to the city’s top civic and business leaders. So what should a reimagined Harborplace feature be? Here are some ideas.

Oh, and one more thing, Mr. Bramble, could you make it pedestrian friendly as well? Maybe it’s too much to ask, maybe it’s not realistic, maybe it’s too expensive. But wouldn’t it be great to see the energy and excitement of the 1980s return to downtown Baltimore and perhaps spread throughout the city from there?

The Baltimore Sun’s editorial writers offer opinion and analysis on news and issues relevant to readers. They operate separately from the press room.