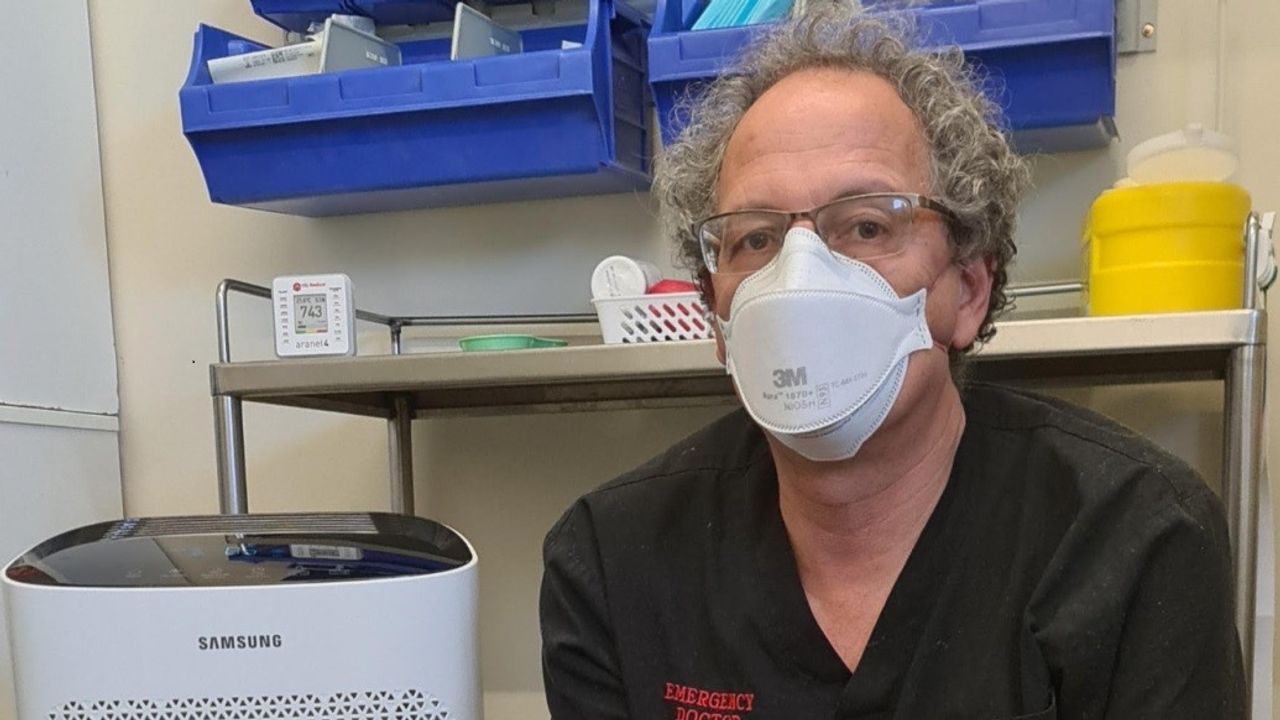 A meeting of members of the Committee for Public Education (CFPE) earlier this month passed a resolution opposing the persecution of Dr David Berger, a respected GP in remote areas and zero COVID advocate. The meeting brought together primary and secondary teachers, parents and academics from across Australia.

Berger is being attacked by the Australian Health Practitioners Regulatory Agency (AHPRA) for his criticism of government and health authorities ending serious public health measures to stop the spread of COVID-19, including the dangerous reopening schools, well known as super-spreaders of the virus.

Since the beginning of the pandemic in 2020, the CFPE, a grassroots national committee made up of educators, parents and students, has led a determined fight against the reckless reopening of schools and threatening the lives of children, educators and students. families.

On March 18, 2020, he issued the statement “Close Australian schools to ward off coronavirus! Form action committees of teachers and school staff! The statement challenged claims by governments that schools were safe and should remain open and exposed teachers’ unions who acted as subordinate messengers to government officials, businesses and education ministries.

In 2021, as governments and unions tried to bury the extent of infections in schools, CFPE independently collected data on school infections, disseminating information via social media and offering parents and teachers a voice and scientific information.

Frank Gaglioti, a retired high school teacher and CFPE member, spoke at this month’s meeting about the persecution of Dr. Berger and why educators and workers must come to Berger’s defense.

“The AHPRA allegations against Berger are a patent fraud,” Gaglioti said. “Berger is being censured and threatened with delisting precisely because he effectively exposed the deadly consequences of Australian governments’ response to COVID-19 – a political scandal that medical regulators want to sweep under the rug.

“Yet personalities such as Chief Medical Officer Paul Kelly, who hailed the appearance of the Omicron variant in December as the best Christmas present imaginable, have been key proponents of the approach” let it rip ‘from Labor and Liberal governments for the pandemic which has claimed more than 10,000 lives this year,’ he said.

Gaglioti pointed to growing support for Berger, including by more than 1,800 medical professionals, scientists and other workers who signed an open letter demanding “free speech for physicians” and condemning AHPRA’s actions.

During the meeting, Cam, a Victoria area secondary school teacher, commented on the impact of COVID in schools.

“Governments and unions are treating the pandemic not as a health and safety issue, but as an issue that aims to get parents back to work by driving children to unsafe schools,” he said.

“COVID has had a devastating effect on schools, teachers and students, with transmission spreading through the community. The infections have caused major disruption as classrooms collapse, where teaching has become an exercise in babysitting.

“With the low efficacy of vaccines against new variants and the ability of the virus to reinfect itself within a month, some students and teachers have now been infected with COVID multiple times; some have long COVID with unresolved long-term health issues.

“In July, the Victorian Labor Government rejected the Director of Health’s mask mandate recommendation for schools. He went against health advice for political reasons. They only ‘strongly recommended’ that masks be worn indoors and in crowded environments despite being revealing [state] Chief Health Officer Ben Cowie had advised that mandates be reintroduced in some settings.

“The twist against scientific evidence has since taken a new and bizarre twist. Dr David Berger, a respected doctor who has spoken out against the government’s anti-science policies, has been muzzled by the professional body he works for. He was required to attend “re-education” sessions to ensure that he complied with the directives of government lies. He risks disqualification from the profession if he refuses to do so. Educators must oppose it.

A Queensland educator, Paul, sent his endorsement of the campaign to defend Dr Berger. He wrote: ‘Dr Berger is an informed professional who does not toe the government line and despite the threat of disbarment, he goes against the prevailing opinion, i.e. ‘let – tear it up”.

“Letting him tear himself apart, in my view, amounts to premeditated murder by the state; state-sanctioned murder being a euphemism for the use of deadly force to maintain what the powers of the day consider to be civil order and continue to profit from the continued misery of the weak.

“Dr. David Berger’s only ‘crime’ seems to me to be merely a dissenting voice in a vast sea of ​​medical conformity. Silence dissent is the function of the corporate state, primarily to maintain ideological dominance and obscene levels of profit. Those who demand that Dr. Berger be silenced are simply complicit in it. »

The meeting ended by adopting the following resolution and urging those present to share it on social media:

This CFPE meeting demands that the Medical Board of Australia (MBA) and the Australian Health Practitioners Regulation Agency (AHPRA) cease their efforts to censor and discipline public health advocate Dr David Berger. AHPRA is threatening Berger with disciplinary action, potentially including medical disbarment, and demanding that he complete an “education program,” after receiving an anonymous allegation against him.

According to AHPRA, Berger used “emotional and pejorative language” on social media, causing his readers to “doubt the integrity of targeted individuals and organizations, and lose faith in public health statements and programs.” promoted by them. These so-called government “health pronouncements and programmes” have led to massive infection across Australia this year, with thousands of preventable deaths and countless cases of COVID-19.

Berger is a reputable remote-area doctor who is targeted for his zero-COVID advocacy and call for public health measures to eliminate the virus. He is known for his scientific approach to dealing with the pandemic. Teachers and school workers are among the most exposed sections of the working class in the face of the “let it rip,” pro-business agenda of state and federal governments, Labor and Liberals.

The reopening of schools in the face of record infection rates, which was enforced by teachers’ unions, was intended to ensure that parents could be forced back into the workplace to defend corporate interests. Even the most basic mitigation measures, such as mask-wearing and social distancing, have been abandoned in schools, making them vectors for the spread of infection.

Educators therefore have an immediate interest in the campaign to defend Dr. Berger’s democratic rights and support his public advocacy for maintaining proper health measures in the face of the ongoing pandemic.

Join the fight to end the COVID-19 pandemic

Someone from the Socialist Equality Party or the WSWS in your area will contact you shortly.