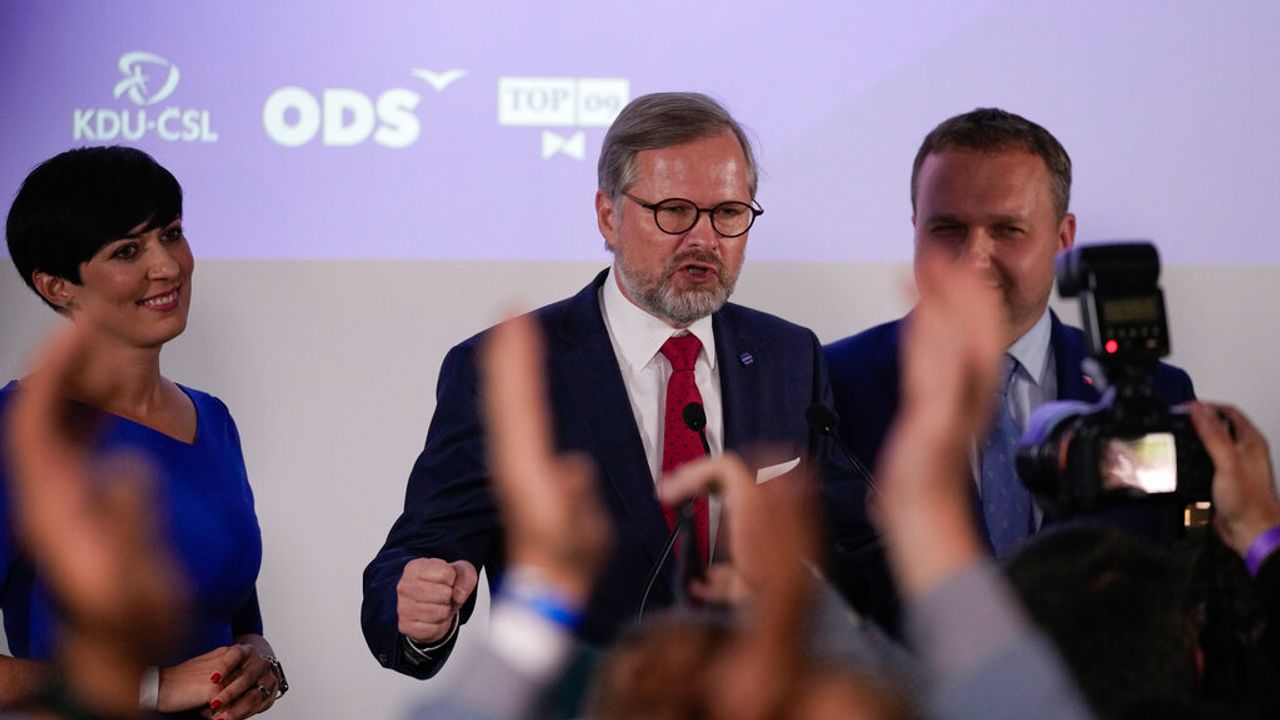 The Czech Republic is in the midst of a political crisis following the parliamentary elections on 8 and 9 October.

After the election results shook the political landscape of the EU member state, President Milos Zeman, without whom no new government can be appointed, apparently fell gravely ill. Preparations are currently underway for his impeachment and the transfer of his powers. At the same time, a massive increase in the number of coronaviruses overshadows political power struggles.

The right-wing conservative alliance Spolu (Ensemble) came out of the election as a narrow winner. With 27.8% of the vote, the tripartite alliance was slightly ahead of Prime Minister Andrej BabiÅ¡’s ANO party (27.1%). The alliance of the Pirate Party and the STAN Town Hall Party obtained 15.6%, followed by the radical right-wing Freedom and Direct Democracy Party (SPD) with 9.6%.

The Social Democrats (CSSD) and the Communist Party (KSCM), both from the former Stalinist state party, have not passed the 4% hurdle and are no longer represented in parliament for the first time since l collapse of Eastern Europe. diets 30 years ago. Party leaders Jan HamÃ¡Äek and VojtÄ›ch Filip announced their resignation on the eve of the elections. Both had previously formed a coalition or supported the government of Prime Minister BabiÅ¡. As both sides have been exhausted by internal trench warfare for years, the bitter defeat could spell their political end.

The government coalition was deeply hated by the population. Mass protests against the government have taken place on several occasions. BabiÅ¡, businessman and multibillionaire, pursued a program directed against the vast majority of workers. This was particularly evident in its coronavirus policies. Of the country’s 10.7 million people, more than 1.7 million have been infected and 30,600 have died from COVID-19. Following the recent easing of protective measures, the numbers are skyrocketing again.

There are currently 771 coronavirus patients in hospitals nationwide, 60% more than a week ago. The number of reproductions, which had been below 1 for months, skyrocketed to 1.8. Within one week, the seven-day incidence rate rose from 90 to over 150 per 100,000. The number of new daily infections was recently around 3,600, up 2,100 from a year ago. week.

The dramatic increase is partly due to the low vaccination rate of 56 percent, but more importantly to the almost total abandonment of all protective measures. Although the third wave brutally gripped the country and pushed hospitals to collapse, ruling parties decided this summer to lift all measures, even the wearing of face masks in the workplace and in public spaces.

The KSCM, in particular, has acted as a right-wing agitator in this regard. At the height of the last wave, he demanded that all measures be lifted and threatened to stop supporting BabiÅ¡ if they were not.

Eventually, the Pandora Papers revealed that BabiÅ¡ acquired a mansion and three hectares of land on the French Riviera in 2009 with the help of an opaque offshore construction company and three shell companies. These are not the first such accusations against the businessman, who became one of the richest people in the country following the privatizations of the early 1990s.

Either way, President Zeman said he would hand BabiÅ¡ back to forming a government despite the electoral defeat. Zeman was then admitted to Prague University Hospital on October 10 and may not be fit for duty for the foreseeable future.

The transfer of powers from the president, who is directly elected by the people, to another person is only possible with the approval of both chambers of parliament. In the Senate, the center-right parties that could form a new government are already in the majority. In the Chamber of Deputies, this will only be the case after the constitutive session of November 8. Until then, it still works with the old majority of the ANOs, Social Democrats and Communists.

However, it is also possible that Zeman will become fit for duty again by then and propose a head of government. Lacking support, BabiÅ¡ announced that he would join the opposition. This gives the leader of the right-wing conservative electoral alliance Spol, Petr Fiala, the best chance of becoming the new head of government.

Spolu consists of the three parts ODS, TOP 09 and KDU-CSL. All three have been involved in previous governments in different constellations.

Under its founder VÃ¡clav Klaus, the ODS (Civic Democratic Party) had been the dominant force in the Czech Republic alongside the social democratic CSSD since the 1990s. But its radical free market policies, which led to poverty and unemployment , resulted in ever greater losses for the party. Fiala was Minister of Education in 2013 and has led the party since early 2014. TOP 09 and the Christian Democratic arch-conservatives have also moved more and more to the right in recent years and do not have a broad base.

Fiala can only obtain a majority with the electoral alliance of Pirates and STAN (Mayors and Independents). These two parties are also very far to the right. The Pirate Party was created in the Czech Republic years ago and its member ZdenÄ›k HÅ™ib is the mayor of the capital Prague. HÅ™ib is implementing a program there that is fully adapted to the upper middle class and the super-rich.

Since the start of his tenure, rents have continued to increase massively, with Prague now one of the highest renting cities in Europe, forcing more and more working-class families to move out of town or into peripheral areas. Cynically, the bipartisan alliance campaigned with a slogan for â€œaffordable housing for a decent lifeâ€.

The leader of the Pirate Party, Ivan BartoÅ¡, epitomizes the deeply cynical and loathsome character of this reactionary organization. While the Pirates presented themselves as a liberal and open party during the election campaign and railed against the â€œoligarchsâ€ and their right-wing policies, BartoÅ¡ himself defends such policies.

In the Chamber of Deputies, he worked with the far-right SPD of Tomio Okamura. “We do not make any distinction when we have to get something to parliament”, this is how BartoÅ¡ justifies the alliance with the fascists. It was also necessary to speak to people “racist or populist” or “to hold hate speech and to divide the society”, declared BartoÅ¡. â€œBut in parliament, you have to be pragmatic. At the end of the day, it’s the votes that count.

The STAN Mayors Party is also on the right, recruiting its members largely from disgruntled former members of other conservative parties. It advocates backward regionalism and is open to any alliance if the prospect of posts and offices presents itself.

Regardless of who will form the future government, the current situation shows one thing very clearly. The working class in the Czech Republic and throughout Eastern Europe is faced with fundamental questions. Thirty years of capitalist rule did not lead to democracy and a better standard of living for the working class, as promised at the time by all the defenders of the restoration of capitalism. Instead, parliaments have become the rallying point for right-wing and reactionary elements that have no base in the general population.

COVID-19 can be eliminated.

We have assembled a panel of scientists to explain how.

Stock market today: Dow holds near record with wave of earnings ahead