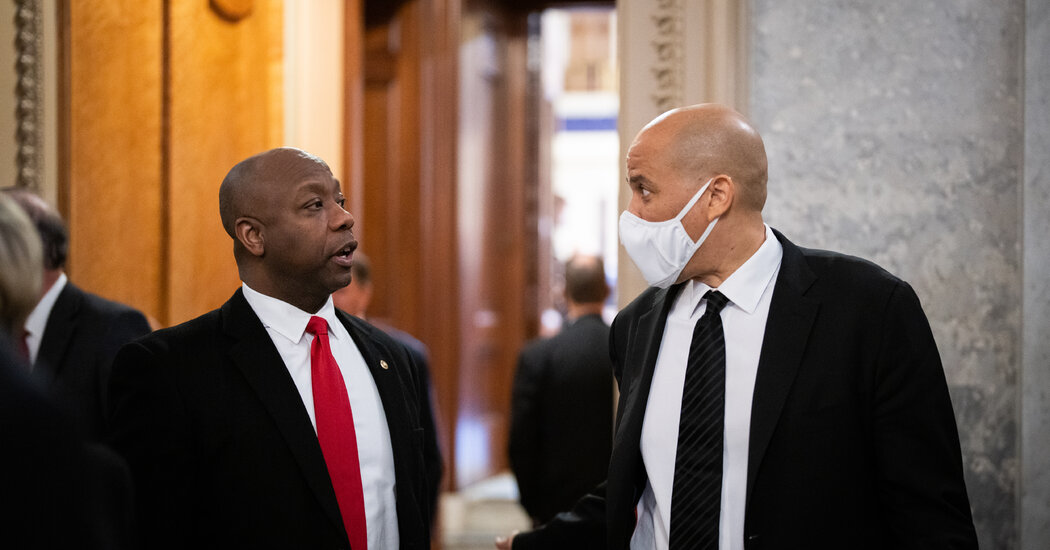 ‘I won’t sit quietly’: 3 black senators in the spotlight on voting rights

“Having a blatantly false conversation and narrative is offensive, not just to me or South Americans, but to millions of Americans who fought, bled and died for the right to vote,” Mr. .Scott.

This brought a pointed response from Mr. Booker. “Don’t lecture me on Jim Crow,” he said, adding, “It’s 2022 and they’re blatantly cutting more polls in counties where blacks and Latinos are overrepresented.” I don’t invent anything. It is a fact.”

But it was Mr Warnock who brought to the debate the names of his own constituents: a woman who has not been able to vote for a decade because of long queues and constantly moving polling stations; a student who couldn’t vote for him in 2020 because the epic waits near his college would have caused him to miss classes; another who waited eight hours in the rain to vote.

“Part of being a first of any kind is thinking, ‘How can I educate people? “I see this as a badge of honor, not a burden, and I know Senators Warnock and Booker do too. They have a responsibility to educate and explain. If they don’t, who will?

Mr Warnock also held up his biography, which included growing up in the Kayton Homes housing project in Savannah, Georgia, the youngest of 12 children. His mother picked cotton in Waycross, Georgia, as a child, he said, and “the 82-year-old hands picking someone else’s cotton helped pick her youngest son as a United States Senator” in 2021.

It was bad enough when he beat incumbent Republican Kelly Loeffler by an estimated 93,000 votes with a huge minority turnout; this November will be worse with new state law, he said.

Georgian lawmakers “decided to punish their own citizens for having the audacity to come forward,” Warnock said, adding, “It’s done in the laws that are being passed in Georgia and across the country.”