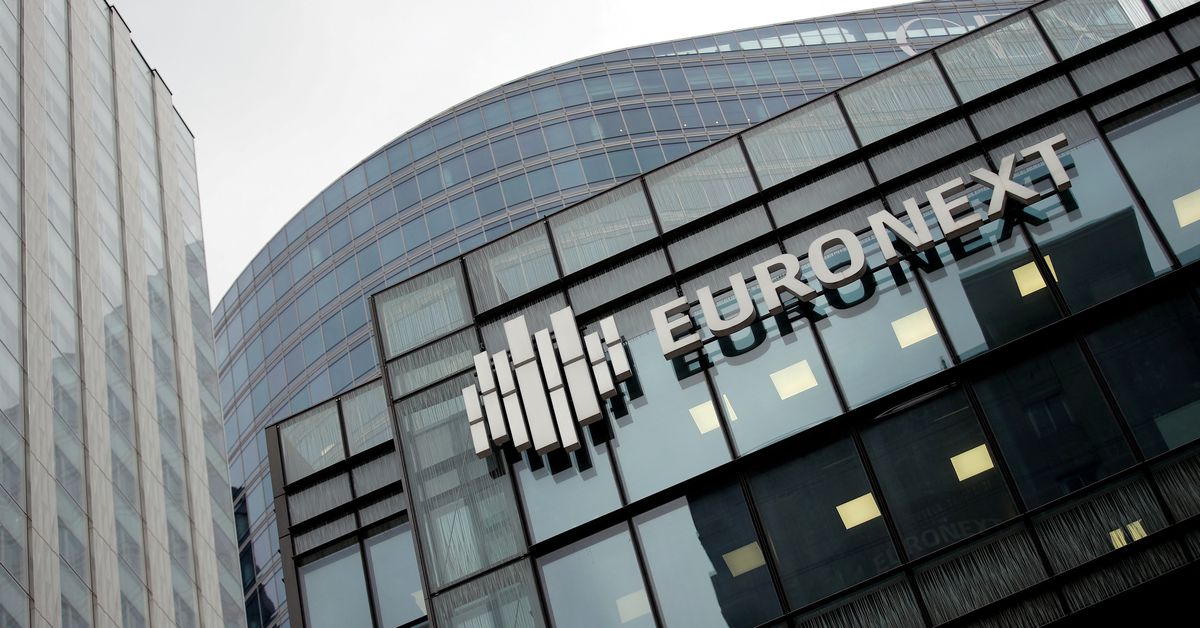 The Euronext logo is seen in the financial and business district of La Defense, amid the coronavirus disease (COVID-19) outbreak, in Paris, France, November 10, 2020. REUTERS/Benoit Tessier/File Photo

Euronext said its leading growth and technology companies such as ASML (ASML.AS), Just Eat Takeaway.com (TKWY.AS), Tom Tom (TOM2.AS) and Ubisoft (UBIP.PA) now form a new segment which can be followed by a new index from July.

Europe has long sought to encourage in-house tech giants to compete with the Nasdaq, often the preferred exchange for global tech listings.

“We are not in competition with the Nasdaq,” Stéphane Boujnah, CEO of Euronext, told reporters. “What we are trying to develop here is a fundamentally different approach.”

The aim is to defragment the lists of technologies that are spread across national markets to give them a European profile and offer a sectoral view to investors, Boujnah said.

Neuer Markt, a special technology segment on Deutsche Boerse in Frankfurt was established in 1997 as Europe’s answer to the Nasdaq, but collapsed five years later when the dot-com bubble burst.

Attempts by the European Union to deepen its capital market intensified after Britain left the bloc and began attracting more listings in London and competing with the Amsterdam exchange run by Euronext.

Euronext said it has more than 700 listed technology companies with a total market capitalization of 1.5 trillion euros. Of the 212 new stock listings last year, more than half were from the tech sector, he said.