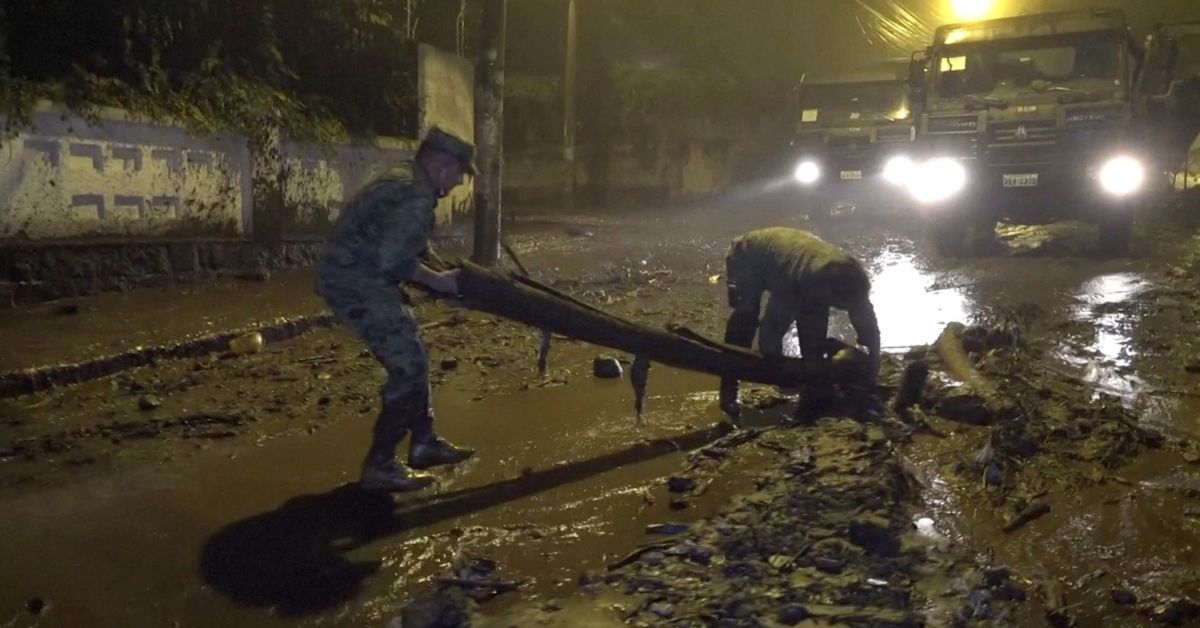 QUITO, Feb 1 (Reuters) – The death toll from a landslide in the Ecuadorian capital, Quito, rose to at least 22 on Tuesday, with 47 injured so far, Mayor Santiago Guarderas said , as fire crews continue to search homes and mud-covered streets.

Torrential rains on Monday evening caused water to pool in a gorge near the working-class neighborhoods of La Gasca and La Comuna, sending mud and rocks onto residences and affecting electricity supplies.

“To date, 22 deceased people have been taken to the morgue; 47 have been injured, two of whom are in critical condition,” Guarderas told reporters.

“There are reports of 20 missing,” he added.

The updated figures are higher than those reported late Monday, when nine people were reported missing, with 32 injured.

Members of an army remove a fallen tree trunk from a street in Quito, Ecuador, January 31, 2022, in this screen grab from video recorded January 31, 2022 by Reuters TV via REUTERS

“We saw this huge black river that dragged everything down, we had to climb the walls to escape,” says Alba Cotacachi, a resident who evacuated her two young daughters from their home. “We are looking for the missing.

Videos on social media showed a muddy river flowing through neighborhood streets, taking trees, vehicles, dumpsters and even utility poles with it, as residents screamed for help.

Other images showed people being rescued from the current by neighbours.

Authorities have not ruled out the possibility of further landslides. The mayor’s office set up shelters for affected families and began cleaning up city streets.

Ecuador is facing heavy rains in several regions, which caused rivers to overflow and affected hundreds of homes and roads.

Rainfall in Quito on Monday was equivalent to 75 liters per square meter, the highest figure in nearly two decades.