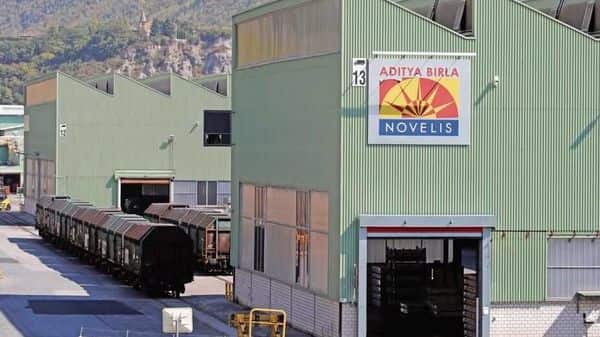 The good performance of Novelis, the US subsidiary of Hindalco Ltd, during the June quarter also inspires confidence in the latter’s consolidated performance, which will be announced shortly.

The company’s shipments of 973,000 tonnes increased 26% year-on-year. Year-over-year growth was on a weaker basis than last year which was impacted by covid-19. On a sequential basis, they were comparable to 983,000 tonnes despite a seasonal impact.

Analysts say lower auto demand in North America was offset by higher volumes from other segments. Demand for cans, automotive foils and packaging materials remains strong and is expected to strengthen with the resumption of economic activities.

The company’s margins also continued to shine. Novelis’ adjusted EBITDA in the first quarter of FY22 was 3% above our estimate, with record margins of $ 522 per tonne, analysts at Kotak Institutional Equities said. Notably, these increased by 60% year-on-year and 2% sequentially.

Strong demand in the can segment, the ramp-up of new auto lines and favorable scrap metal are expected to keep margins high, analysts at Kotak Institutional Equities said. Company management also forecast Ebitda per tonne of over $ 500 per tonne in FY22, which is higher than the previously reported $ 480-500 per tonne.

Novelis’ growth is also driven by ongoing expansions and the integration of acquisitions. Novelis achieved a synergy rate of $ 100 million with the acquisition of Aleris in the first quarter of fiscal 22, compared to $ 79 million in the fourth quarter of fiscal 21. The company is expected to see combination synergies exceeding previous guidance by $ 120 million.

The strategic synergy of Aleris’ integration in China would exceed $ 100 million from the previously expected $ 65 million, analysts at Motilal Oswal Financial Services Ltd. said. Novelis also finalized its 200 ktpa expansion plan in China, for an investment of $ 375 million.

The company also said that it had met its net leverage ratio (Net Debt / Twelve-Month Adjusted EBITDA) target of 2.5x at the end of the first quarter of FY22, up from 3.8x in the last twelve months. during the same period last year after the closing of the acquisition of Aleris, and 2.9x in Q4FY21.

Analysts say that with a strong generation of free cash flow and controlled investments, deleveraging would continue. Hindalco stock prices, which have gained more than 80% since the start of the year, are trading near highs seen last week.

BD Capital closes $ 8,264,000 in financing for the construction of a 70-unit multi-family development in Kenosha, WI

WallachBeth Capital announces the completion of a binding takeover bid of 1,100,000 units for ABVC BioPharma, Inc.