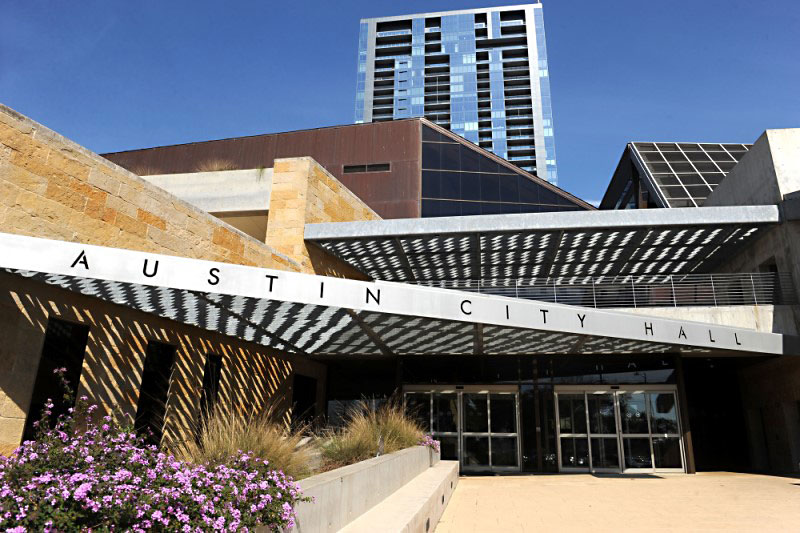 Member of the board Greg Casar sitting on the (virtual) stage for his last Austin City Council meeting a week ago, Feb. 3, before packing up his office at City Hall to work full-time on the Congressional campaign trail ahead of the March 1 primary.

Some of the people he shared the stage with at his last meeting have changed since his first board meeting in early 2015; just him, four other CMs and Mayor Steve Adler remain from this inaugural class of 10-1 first elected officials in 2014. And last week’s ice storm, which forced the city to shut down all non-essential services for two days, deprived the District 4 CM of the ability to physically shut down its time at City Hall in the Council Chambers at 301 W. Second. In a way, the pixelated endorsement marked a fitting end to Casar’s tenure, given that the pandemic has forced the Board to hold many of its meetings virtually throughout 2020-21.

Despite the differences in the composition of the Council and the framework of the meetings brought about by seven years of change, one guiding principle remained present at the February 3 meeting: Casar defending the policy of helping working-class and low-income Austinites income. His final Council items were resolutions directing the City Manager Spencer Cronk work with staff and community stakeholders to develop new tenant protections to be codified into law as municipal ordinances.

The first resolution could lead to a kind of “tenants charter of rights“tenant protection best practicesfor Texas Cities, Compiled by UT Law School Professors Kelly Hougue and Heather K.Way, which involves ensuring that organizing tenants are not prohibited from entering rental properties to organize activities and that the organization of activities itself, such as talking to tenants about their rights or handing out materials informing them of their rights, is not prohibited. An amendment by Mayor Adler will require staff to provide a legal analysis of any proposed ordinance change for consideration by Council; staff are asked to report their findings by July 28.

The second resolution would make some of the eviction protections Council approved during the ongoing pandemic. These protections include requiring rental property operators to post a notice of their intention to evict a tenant before posting the notice to vacate required by law, as well as information and resources that the tenant could use to prevent an eviction. The most controversial aspect of the order will be the notice period that landlords are required to provide; the resolution suggests somewhere between 7 and 30 days, but the final length will be the result of arguably tense negotiations between groups representing owners, such as the Austin Apartment Association and the Austin Council of Realtorsand those who represent the interests of tenants, such as RioGrande Legal Aid and Build and strengthen tenant action.

Before voting on the tenants’ rights items, which passed unanimously, Casar had the opportunity to address his constituents and colleagues one last time from the stage. “Democracy is how we take care of each other and we have all worked so hard over the last few years to think about how we take care of each other,” he said, offering a summary of his job at City Hall. “Obviously there’s still a lot of work to do and we know what that work is, but I’m leaving here with great hope that Austin has the ability to meet these challenges.”

Do you have something to say ? the the Chronicle welcomes opinion pieces on any topic from the community. Submit yours now at austinchronicle.com/opinion.