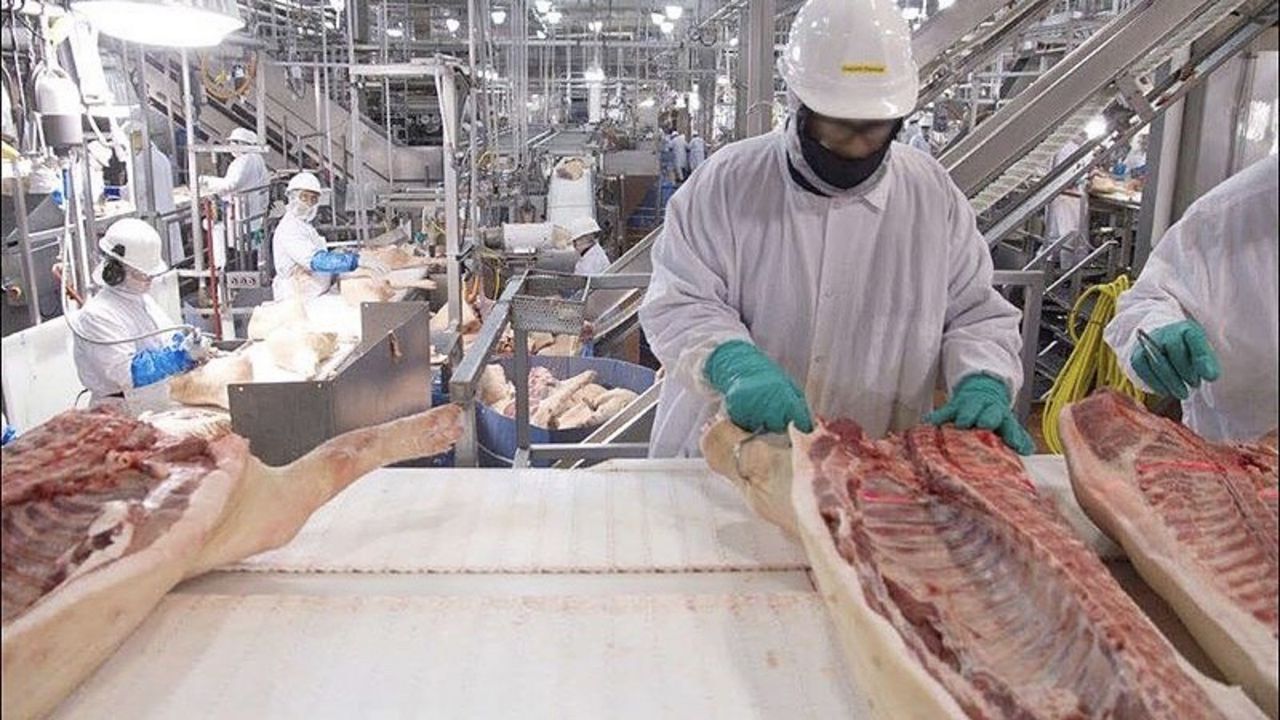 The strikes of the past few months at the Olymel and Exceldor slaughterhouses in Quebec have highlighted the terrible conditions in which slaughterhouse workers in Canada operate, as well as their growing determination to fight against these conditions.

Faced with increased competition in international markets, which consume 50 percent of the beef and 70 percent of the pork produced in Canada, large meat companies, such as Cargill, Olymel and Maple Leaf, have consolidated their operations into factories over larger in order to reduce production costs.

While there were 235 slaughterhouses in Ontario in the early 2000s, there are now only 120. According to a 2009 report by the Food Processing Labor Sectoral Committee, “from 1995 to 2007, the proportion of pigs slaughtered in across Canada by the four largest slaughterhouses factories rose from 77 percent to 90 percent.

This concentration of production is even greater in the beef industry, where two plants, Cargill in High River and JBS in Brooks, both in Alberta, account for 70 percent of the beef processed in the country. If you add the Cargill plant in Guelph, Ontario, that number rises to 85 percent.

At the same time, there has been an increasingly intense assault on the meat packing workers, who have been given significant concessions contract after contract, making conditions in the industry increasingly intolerable. .

According to Statistics Canada, the average wage in the meat packaging industry was $ 21.51 per hour in 2019. Many workers earn less than this grossly insufficient wage. For example, the hourly rate was $ 20.10 at Cargill after three years of service in 2019, and it was only $ 14.85 after 2 years for Class 1 workers at duBreton.

In recent years, workers have been subjected to outright wage freezes and wage cuts, so that a significant proportion of workers now need a second or even a third job for provide for themselves and their families.

Today – October 1, 2021 – Parents, teachers and workers in countries around the world are backing British parent Lisa Diaz’s call for a one-day school strike to fight the deadly reopening of schools as the COVID-19 pandemic is raging.

The conditions in the meat processing plants are among the worst imaginable. Workers work in a humid and cold environment with large variations in temperature. The smell of blood and animal waste is omnipresent.

The slaughter industry presents the usual risks associated with heavy manufacturing and manual labor. In addition, there are the physical and biological risks inherent in handling stressed animals about to be slaughtered.

These conditions, combined with ever increasing production quotas, result in high rates of work accidents and injuries. Data from the province of Alberta, for example, shows that the manufacturing sector had the third highest rate of injury in 2019, with the largest proportion (19%) involving the processing and packaging of meat. Among the worst factories was the Olymel plant in Red Deer, Alta., Which suffered 283 injuries in 2019 and 248 injuries in 2020.

The harsh conditions prevailing in slaughterhouses result in high turnover and understaffing, resulting in overwork for those employed in the industry. Even before the pandemic, there were 28,000 vacancies across the country. To fill this labor shortage, companies are turning to temporary foreign workers, one of the most exploited strata of the working class.

According to the Department of Employment and Social Development of Canada, the governments of Justin Trudeau in Ottawa and François Legault in Quebec launched a pilot project at the beginning of August which foresees “an increase of 10 to 20 percent the maximum number of temporary foreign workers employed in low-wage positions.

The right of a temporary foreign worker to stay in Canada depends on their ability to maintain employment with the employer named on their work permit. This reality makes it almost impossible for foreign workers to challenge appalling working conditions. In addition to receiving lower wages than their Canadian counterparts, they often live in overcrowded conditions. Some are employed by employment agencies which pay them less than “regular” labor and do not provide proper training to avoid injury.

The pandemic has been particularly difficult for these workers due to their precarious status. As infections increased in factories, fear of the virus combined with fear of protesting their terms and seeing their employers terminate their contracts. During temporary closures, foreign workers were often abandoned. At duBreton in Rivière-du-Loup, Que., During a temporary closure due to an epidemic, the employer allegedly went so far as to tell foreign workers, who had no money for food , to go to a food bank.

Workers in the meat industry have been the victims of such insensitive contempt throughout the pandemic.

Meat processing plants are ideal environments for the transmission of viruses by air, as is the case with COVID-19, due to their cold and humid environment. Additionally, due to the way the facilities are designed and the way space is allocated to allow assembly line work, distancing is nearly impossible. Despite these significant risk factors, so-called “essential workers” were forced to work in overcrowded factories without any protection throughout the first wave of the pandemic.

Following the May 2020 award of $ 77 million in federal grants to “help protect” workers, the meat industry – which has never closed its factories – has used back-to-back policies. government work to bring production back to pre-pandemic levels.

As all levels of government abandoned the most minimal measures to limit the spread of the virus, workers were forced to risk their lives to fatten bosses’ equity portfolios.

During the next two pandemic waves, companies hid infections in factories and tried to blame workers when they contracted the disease. News reports revealed that some companies insisted that workers who had been in contact with the virus return to their jobs while they waited for test results or had not completed their quarantine.

After a year and a half of the pandemic, thousands of meat processing workers have contracted COVID-19. In Cargill High River alone, an outbreak in late April and early May 2020 infected 949 of the plant’s 2,000 workers. Authorities said the outbreak was responsible for more than 1,550 additional cases.

Hundreds of workers have had to be hospitalized, many of whom will retain the long-term effects of the disease. There have also been more than a dozen fatalities among workers or their families, including three at Olymel in Red Deer, three at Cargill in High River and one at Olymel in Vallée-Jonction, Quebec.

This human and social catastrophe unfolded with the full complicity of pro-capitalist unions. As workers demanded protective measures and equipment and the closure of factories unable to guarantee their safety, unions have consistently cracked down on their opposition. They actively worked with employers and governments to keep factories that had become deadly traps open and denounced calls to action for employment as “illegal.”