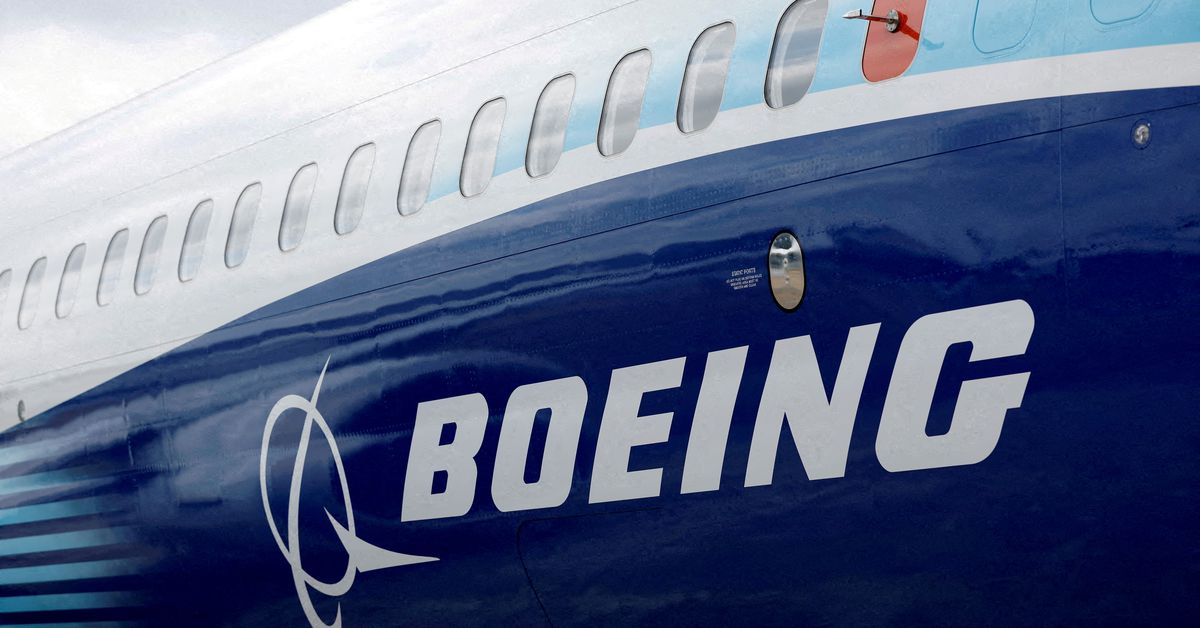 The Boeing logo is seen on the side of a Boeing 737 MAX at the Farnborough International Airshow in Farnborough, Britain July 20, 2022. REUTERS/Peter Cziborra/File Photo

Sep 20 (Reuters) – Planemaker Boeing Co (BA.N) said on Tuesday it plans to cut around 150 finance jobs in the United States this year to simplify its corporate structure and focus more resources on manufacturing and product development.

The company will reduce staff in its information technology and finance departments, Boeing said in a statement emailed to Reuters.

Boeing, which has dealt with engineering and production issues in the past, said it increased its workforce by about 10,000 employees earlier this year and stepped up hiring in its engineering and manufacturing departments to meet market demand.

Following two 737 MAX crashes in 2018 and 2019, the Federal Aviation Administration (FAA) has pledged to take a closer look at Boeing and delegate less responsibility to the company for aircraft certification.

Last month, the US government approved delivery of the first Boeing 787 Dreamliner since 2021. read more

Boeing halted deliveries in May 2021 after the FAA raised concerns about its proposed inspection method. In September 2020, the FAA said it was investigating manufacturing defects in some 787 airliners.

Reporting by Shivani Tanna in Bengaluru; Editing by Sherry Jacob-Phillips