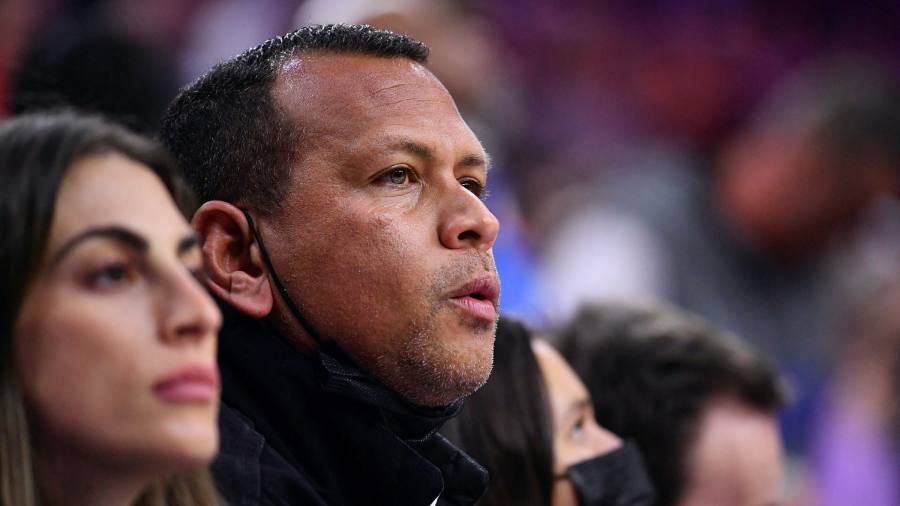 Behind the scenes at a Super Bowl party at the home of retired baseball star Alex Rodriguez in February last year, a battle loomed over who would manage his multi-million dollar fortune.

On the one hand, Mary Erdoes, a powerful head of asset and wealth management at US banking giant JPMorgan Chase, which sponsored Rodriguez’s party. On the other, Gwen Campbell, financial advisor at Merrill Lynch who oversaw much of Rodriguez’s wealth.

After Rodriguez introduced the two women, Erdoes asked Campbell to change companies and join JPMorgan, in the hopes that Rodriguez would then transfer more of his money to the bank.

JPMorgan had been trying to recruit Campbell for months, with meetings in New York City and promising to hire more people for its team, according to a California court filing from Dec. 2 that detailed the meeting between Campbell and Erdoes at Rodriguez’s party.

Campbell finally made the switch in October 2020 and was greeted with a call from Jamie Dimon, CEO of JPMorgan.

Coming from Merrill, a division of Bank of America, Campbell was based in San Francisco and brought with her nearly $ 1.4 billion in client assets and loans, including hundreds of millions of dollars from Rodriguez.

A little over a year after joining JPMorgan, however, things have turned sour. The situation escalated into a legal dispute between the bank and Campbell, who argues that his new colleagues attempted to poach his billionaire and multi-millionaire clients, with Rodriguez being the main target.

She has sought a temporary injunction against JPMorgan to restrict her colleagues’ ability to engage with her clients, as she seeks damages through arbitration for what she alleges is breach of contract.

In the blistering 48-page legal brief, Campbell describes the turf war between rival JPMorgan companies as a â€œshark tank,â€ claiming that her colleagues denigrated and undermined it.

The bank said Campbell’s claims “have no merit and we look forward to bringing the facts to court.”

JPMorgan filed a motion opposing the restraining order application in which the bank said Campbell “fails to identify a single lost customer or net loss in its total assets under management.”

Rodriguez is not named in Campbell’s case, but people familiar with the case told the Financial Times that the “professional athlete client” referred to is Rodriguez. Representatives for Campbell and JPMorgan declined to comment. Rodriguez did not respond to requests for comment.

The dispute highlights tensions between separate but overlapping business divisions at JPMorgan, which escalated when the bank acquired Bear Stearns in the 2008 financial crisis.

It is also a reflection of the sometimes heavy structure of modern JPMorgan, which is the product of several mergers over the decades.

Within the separate Asset and Wealth Management division, headed by Erdoes, is JPMorgan’s private bank with approximately 2,600 client advisers.

JPMorgan Advisors’ model is to employ financial advisers who are primarily paid on commission. The bank’s relationship with high net worth clients passes primarily through these advisers. Private banking caters to wealthy clients as well, but they tend to deal with the bank as a whole.

There is cooperation on things one unit offers but not the other. However, they also sometimes compete for the same activity, particularly in the area of â€‹â€‹lending and investment advice, a dynamic that can create tensions.

â€œYou don’t feel like you’re working for the same company. You feel like you work in different companies, â€said a former private banker at JPMorgan.

A JPMorgan banker said the two divisions are siled so moving assets from one to the other is no easier than if it came from an outside bank.

The tensions have already been reported to Erdoes internally over the years, including a case where a banker questioned why JPMorgan Securities, the JPMorgan Advisors brand at the time, was able to offer certain services at rates. different, depending on who attended. His response was that both companies were important to the bank and they wanted to continue to develop them both.

Dimon has also been told about internal competition in the past and his response has been that bankers should go after the business JPMorgan doesn’t currently have rather than fighting for the business it already does, according to one person. close to the file.

Tensions can become especially acute when a high-profile client like Rodriguez, who has earned around $ 400 million in a baseball career spanning more than two decades, comes online. Since retiring in 2016 with the Yankees, he has grown into an investor, broadcaster and entrepreneur.

Prior to joining Campbell, JPMorgan’s private bank had tried for several years to win Rodriguez as a client, but so far he only had a “seven-figure amount” with the bank, according to the legal file of Campbell. Even that, Campbell claims, was only generated by fees paid to Rodriguez to appear at JPMorgan events.

Since Rodriguez already had an account in the private bank, he was classified as a shared client between the two divisions when Campbell transferred his assets to JPMorgan Advisors.

Rodriguez had also previously worked with JPMorgan to structure a deal for the New York Mets. The baseball team was ultimately sold to hedge fund titan Steve Cohen in 2020.

When Campbell was negotiating her move to JPMorgan, she included provisions in her contract to address concerns she had about the overlapping interests between JPMorgan Advisors and the private bank, and the potential for internal disputes, according to her legal record. This included a note that the approach to dealing with mutual clients would be to “maintain the current nature of their relationship with the private bank”.

JPMorgan subsequently argued that maintaining the nature of a relationship “is not the same as a promise to never engage with clients on new business.”

Shortly after Rodriguez transferred her assets with Campbell’s move to JPMorgan Advisors, she says her colleagues at private banking began offering Rodriguez services she was already providing.

In a subsequent email to JPMorgan, Rodriguez said he wanted “Campbell to lead the relationships at JPM, including my personal fortune and our companies, including investing in private and public investments, la planning and capital raising “.

Tensions escalated when Rodriguez sought a loan to fund his purchase of a minority stake in the Minnesota Timberwolves basketball team.

Rodriguez had initially sought out the loan through Campbell and JPMorgan Advisors, but was eventually directed to the private bank, which Campbell said was “a ruse to radically restructure” Rodriguez’s relationship with the bank.

During discussions about the loan, a colleague allegedly called her a “nobody” and said she was “confused”. Campbell also claims to have learned from customers that JPMorgan employees made derogatory remarks about him.

In their counter-filing, JPMorgan said the past two months have been the best for Campbell in terms of income generation since joining the bank “despite his claim of an ongoing campaign to” cannibalize “his business,” and that the bank credited her with the loan and programmed her to receive commissions for it.

In addition to Rodriguez, Campbell alleges that JPMorgan’s private bank pursued business with at least two other high net worth clients, referred to as “the family trust of a billionaire founder of a private equity firm” and “a man of billionaire business member of the Forbes 400 list “.

Also on Thursday, was the first hearing in Northern California District Court for his application for a restraining order against JPMorgan, which his attorney says is necessary to prevent damage to his business to which he cannot. be financially remedied.

In the meantime, the next Super Bowl is scheduled for February 13. It remains to be seen if Erodes and Campbell will be at the same party again this year.

Synnex Technology International: Additional loans from the BOD of Synnex Global Ltd represent more than 2% of the equity of the Company.