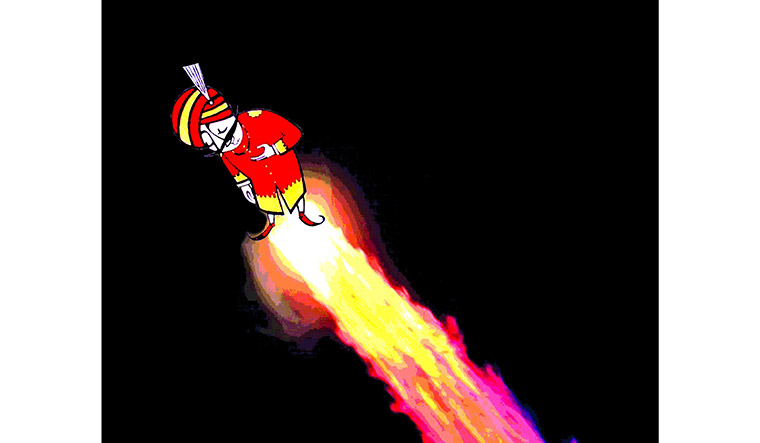 In 2017, the government attempted to divest Air India as the airline only had a 14% market share and approximately 50,000 crore in debt (currently around 62,000 crore). The government noted that if the private sector could handle 86 percent of thefts, it could very well handle 100 percent. Air India’s debts were clearly weighing on the public treasury and the government wanted to invest this money in other sectors, such as education and health.

IndiGo had expressed interest in acquiring Air India, but things didn’t work out. It was during the tenure of Prime Minister Atal Bihari Vajpayee in 2001 that the first attempt to sell Air India was made; only 40 percent of the equity was offered at that time. Initially, several foreign airlines, including Lufthansa, Swiss International Air Lines, Air France-Delta, British Airways, Emirates and Singapore Airlines, had expressed interest in buying the airline, in addition to companies like the Hinduja group and the Tata group. But when the government clarified that any foreign airline would have to partner with an Indian company to bid, most airlines pulled out. The Tata-Singapore Airlines consortium remained the sole player in the race.

The consortium was at an advanced stage of the transaction and had even completed due diligence, when it gave up. One of the likely factors was the bombing of Colombo’s Bandaranaike Airport in 2001, in which several Singapore Airlines planes were destroyed, causing massive financial losses to the carrier. In addition, Air India and Indian Airlines were then two companies, and only Air India, which only operated international flights, was for sale.

Since that unsuccessful attempt at privatization we all know the price we paid as a nation in terms of the drain Air India has on public finances and, of course, the appalling service most of us have experienced. . Thus, the recently completed privatization of Air India is indeed laudable. The government deserves applause for its determination to move forward. This is even more important, as this is a 100% sale of the merged entity which includes all of the carrier’s domestic and international operations.

An effective model of privatizing a state-owned enterprise has multiple positive results.

The government is not meant to be a for-profit organization. When a public enterprise has to focus on generating income from its citizens, it is often a failure due to the multiple constraints on its public ownership. Even developed countries like Japan and England have privatized their national airlines to increase their efficiency. Privatization guarantees a better use of resources, which would ultimately benefit clients. Another advantage of this privatization effort is the impact it can have on economic growth, infrastructure development and job creation. The relaunch of a major company certainly energizes its entire ecosystem. It would end up increasing tax collection. Such privatization efforts will heighten sentiment in the capital markets. Remember the big boost that our markets received after the economic reforms of 1991 in a weak economic context. Creative and constructive initiatives stimulate the market and restore confidence in the broader reform agenda.

This step underscored Prime Minister Narendra Modi’s commitment to reducing the role of government in the economy. It also saved taxpayers from paying for Air India’s daily losses.

Lekhi is Minister of State for Foreign Affairs and Culture of the Union.

What will rising flood insurance rates mean for Hudson County?