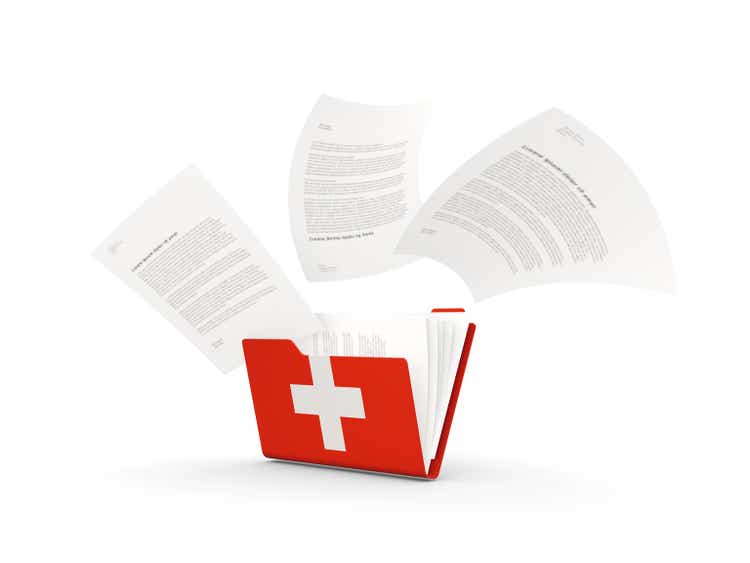 The Adecco Group (OTCPK: AHEXF) (OTCPK: AHEXY) is one of the world’s best-known recruitment and human resources companies and this asset-light model has historically generated strong cash flow. Adecco has used these cash flows to diversify and the recent acquisition of AKKA Technologies is one of the ways Adecco is diversifying. In my previous article which was published in September, I focused on the company’s free cash flow which was quite strong, but the stock has only gone down since then.

Adecco’s main listing is in Switzerland where the group trades with ADEN as a stock symbol. The average daily volume of over 600,000 shares confirms that its Swiss listing clearly offers the most liquid trading option. Using a share price of approximately CHF 42 and the current number of shares of approximately 168 million shares (this already includes the shares issued during the recent capital increase to help fund the new acquisition as well as nearly 2 million shares issued as part of the counterparty), the market capitalization is around CHF 6.9 billion (which is around CHF 1.1 billion less than the last time I discussed this company). Although the shares are traded in Swiss francs [CHF]Adecco publishes its financial results in EUR.

The 2021 results were very satisfactory with a return of 6%

I think we can be quite happy with Adecco’s results even though there was some pressure on margins in the last quarter of the year. Although gross margin increased by approximately 8% in the fourth quarter, EBITA decreased by approximately 17% due to a 15% increase in SG&A expenses. It was slightly disappointing and the only reason net income showed higher net profit and EPS than Q4 2020 was the very low tax bill. As such, Q4 EPS of EUR 1.11 is not exactly a “normalized” result as it included the recognition of deferred tax assets.

Over the full year, the company saw its gross margin increase by 13% and its EBITA jump by 54% to 3.42 billion euros. We should not worry too much about SG&A expenses yet because there should be non-recurring expenses related to the acquisition of AKKA Technologies. This seems to be confirmed in the corporate presentation where the EBITA margin excluding exceptional items was confirmed at 4.7%. Given revenues of nearly €5.5 billion in the fourth quarter, EBITA excluding non-recurring items would have been nearly €260 million. This indeed confirms that the EBITA result was under pressure from some non-recurring items, although there were certainly some “normal” cost increases and it will be interesting to see how the business handles this in 2022.

In the original article, I focused primarily on Adecco’s free cash flow performance. Since running an HR and recruiting business requires little capital, I expect the company to post strong cash results.

In fiscal year 2021, reported total operating cash flow was €722 million, but this included an €80 million investment in working capital (mainly related to accounts receivable). With a total capex of only €132 million, the free cash flow result was €670 million. Spread over 168 million shares, this represents EUR 3.99 per share or CHF 4.08 per share using the current EUR/CHF exchange rate of 1,023.

Adecco has decided to declare a dividend of CHF 2.50 per share. This dividend will be divided into two equal installments of CHF 1.25 per share, one installment of which will be a “normal” dividend (subject to the Swiss withholding tax rate of 35%), the second installment will be paid out of free reserves and are non-taxable. in Swiss).

Free cash flow will contribute to financing the acquisition of AKKA

Adecco has clearly underperformed its counterpart (main competitor Randstad, for example, is trading at about the same level as a year ago, while Adecco’s share price is now around 30 % lower than it was trading at in early March 2021.

I think the market is a bit disappointed with Adecco’s decision to acquire Akka Technologies in an offer valuing the company at €2 billion on an enterprise value basis. The vast majority of shares are acquired in cash (at EUR 49 per share), but some of Akka’s major shareholders will receive a small consideration payable in Adecco shares.

The first step, the acquisition of a majority stake in AKKA, was completed last week, with Adecco now holding just under 65% of the shares. This means that the mandatory tender offer for the remaining securities (at EUR 49.00 in cash) has now been declared, and Adecco expects this process to be completed by the end of the current semester. .

While a price of 2 billion euros seems to be quite high, keep in mind that AKKA is acquired at just under 11 times the expected EBITDA, while Adecco expects to generate synergies both both income and cost.

For 2022, EBITA synergies should be €15 million, while these should increase to €65 million in the next few years. Of course, these are just “the plans” and Adecco management has yet to implement them.

2021 was a good year for Adecco and while I wasn’t sure what to make of the company’s fourth quarter result due to a low tax bill, one-time expenses would likely have softened the impact. Cost inflation will certainly be something to watch, but Adecco is now trading at almost a 10% free cash flow yield. This is mainly due to the acquisition of AKKA and I feel that Adecco management will have to prove to its shareholders that the acquisition is indeed smart.

I don’t have a long position in Adecco yet, but the current share price is very attractive, both from a fundamental and earnings perspective.